Scientists at Thomas Jefferson University have discovered a gene that has a powerful effect on the development of breast cancer tumors in mice. The gene EYA1 was proved to be overexpressed in luminal B, a genetic breast cancer subtype. The researchers also found that too much activity in EYA1 increases the presence of breast cancer stem cells that allow the body to resist cancer therapy and lead to a low survival rate.

“It was known that EYA1 is over-expressed in some breast cancers, but no one knew what that meant. Our studies have shown the enzyme drives luminal B breast tumor growth in animals and the enzyme activity is required for tumor growth,” said Director of the Kimmel Cancer Center Richard Pestell, M.D., Ph.D. “We are excited about the potential of drug treatment, because it is much easier to develop a drug that targets a phosphatase enzyme like EYA1 than it is to target a gene directly.”

The study, which was supported by NIH grants, was published on May 1 in the journal Cancer Research and investigated 2,154 breast cancer samples. According to PR Web, the scientists linked the increased presence of EYA1 and cyclin D1 to low survival rates in the study. 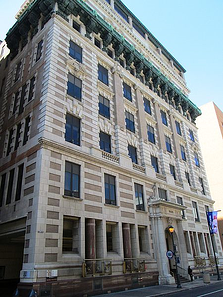 In addition to receiving $49.7 million in NIH funding, Thomas Jefferson University received $318,984 from the NSF in 2012 for life science projects alone. The NSF funding was awarded to two projects: “A Signaling Pathway that Couples Spore Formation to the Completion of Meiosis in S. Cerevisiae,” which was awarded $219,999, and “Even-Skipped Locus Control and Enhancer-Promoter Interaction” which was awarded $98,985. In 2009, the NSF ranked Thomas Jefferson University 97th in the country for total R&D expenditures in the life sciences, having spent $101.2 million.

If you are a lab supplier interested in marketing your university lab equipment and increasing lab sales leads at Thomas Jefferson University, Biotechnology Calendar, Inc. invites you to attend our annual Thomas Jefferson BioResearch Product Faire™ Front Line Event. Biotechnology Calendar, Inc. is a full-service science research marketing and events-planning company that has been organizing life science marketing events at top research universities across the country for 20 years.

For more funding statistics on Thomas Jefferson University, or to learn more about the Thomas Jefferson BioResearch Product Faire™ Front Line Event, click on the button below. If you’re interested in marketing your university lab equipment and increasing lab sales leads at life science marketing events closer to home, we encourage you to view our 2013 calendar of events.