Research Scientists at UMich Recognized by President with PECASE Awards

One of the most prestigious scientific awards, the Presidential Early Career Award for Scientists and Engineers (PECASE), has been awarded to not one University of Michigan Ann Arbor researcher, but three! This award, started in 1996 by President Bill Clinton, was founded to recognize "the most meritorious scientists and engineers whose early accomplishments show the greatest promise for assuring America's preeminence in science and engineering and contributing to the awarding agencies' missions," as per a White House press release. These scientists are nominated by eleven different US government departments and agencies including the Departments of Energy and Health and Human Services, as well as the National Science Foundation.

The University of Michigan's 2012 award recipients are:

Awardees are selected for their pursuit of innovative research at the frontiers of science and technology and their commitment to community service as demonstrated through scientific leadership, public education, or community outreach. 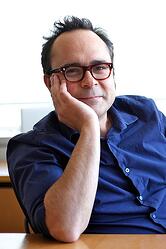 Georgios Skiniotis was recognized for his groundbreaking research on the structure and function of signaling cell surface receptors. He studies the architecture and formation of complex proteins to better understand biological processes with his lab at U-M.

"The electron microscopes we use at the Life Sciences Institute allow us to directly visualize how cellular machines form and work—knowledge that can be used in all kinds of ways to improve human health," says Skiniotis.

Margherita Fontana was nominated for her studies on tooth decay and cavities (dental caries) in underserved toddlers. She is working on developing a special device that can be used to find and treat these preventable tooth ailments in preschool-aged US children in primary healthcare settings. 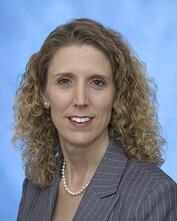 Amy Kilbourne was nominated for her efforts to improve medical and psychiatric treatment for those affected by mood disorders. She is working on new, breakthrough treatments that combine care management and behavioral medicine to improve the lives of those affected with conditions like bipolar disorder. Kilbourne is part of many organizations through Michigan's healthcare system including the Ann Arbor National Serious Mental Illness Treatment Resource and Evaluation Center and the Center for Clinical Management Research at the Veterans Affairs Ann Arbor Healthcare System.

(All photos curtesy of UMich)

All recipients of the Presidential Early Career Awards for Scientists and Engineers receive additional funding from the agency that nominated them. In the near future, these award recipients will travel to Washington D.C. to personally receive their awards from President Obama. The President has consistently affirmed the critical importance of science research and has made it clear how important work like that of the PECASE scientists is to our country and our future. He recently stated in a White House press release:

"Discoveries in science and technology not only strengthen our economy, they inspire us as a people. The impressive accomplishments of today’s awardees so early in their careers promise even greater advances in the years ahead.”

Biotechnology Calendar, Inc. will once again be holding its annual BioResearch Product Faire™ events in Michigan in July 2013:

Ensure your chance to network with researchers like these award recipients and sign up to reserve a spot in our 2013 shows!

Biotechnology Calendar, Inc. is a full-service event marketing and planning company producing on-campus life science research tradeshows nationwide for 20 years. We plan and promote each event to bring the best products and services to the best research campuses across the country. Life science researchers, purchasing agents, and lab managers are actively invited to attend to see the latest products and equipment and discuss their laboratory tool and service needs.