"As the institution moves deeper into its second century of discovery, we continue to focus on building our ranks of talented people and supplying the state-of-the-art facilities and labs they need to thrive," writes SIO Vice-Chancellor Tony Haymet. "As we continue to attract the best-of-the-best, including six new assistant professor hires last year and more on the horizon, we remain committed to providing the modern space they need to conduct cutting edge research." 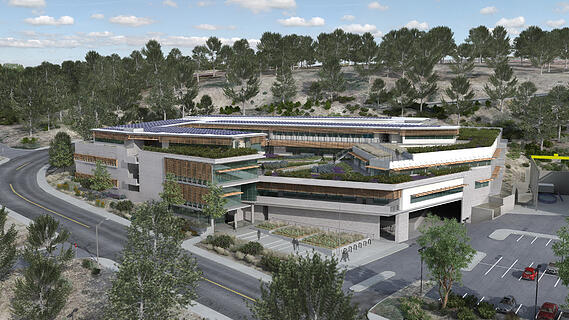 [Image of the SFSC courtesy of NOAA/SIO; for a virtual tour of the building, click here]

The new NOAA fisheries building will include as its centerpiece a 500,000 gallon tank for marine research, and its facilities will be far more modern that those of the previous building.  While it is a substantial upgrade, it is still a replacement facility, and the real expansion of science lab research space will come with the second building that is under construction. Across La Jolla Shores Drive, Scripps is building the Marine Ecosystem Sensing, Observation and Modeling Laboratory (MESOM), a 40,000gsf building with 12 research labs and 56 offices.

The new lab space will allow Scripps to expand its research programs significantly, giving young researchers in particular the chance to increase the size of their teams.  A further benefit of the new lab building will be to bring researchers together to collaborate. According to Scripps administrator Doug Bennett: “The latest developments and new understanding is occurring at the intersection of the biology of the ocean and physics of the ocean,” and soon these scientists from different areas will be able to work together much more closely.

The MESOM science lab building may open as soon as late this year.  We'll keep you posted. 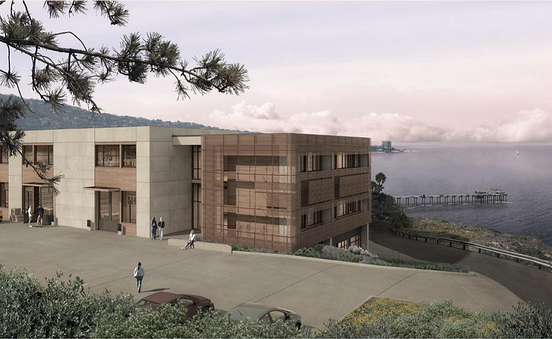 [Drawing of the MESOM building, courtesy of SIO]

Biotechnology Calendar, Inc. invites life science researchers from across the UCSD campus to attend our largest and most extensive laboratory trade show expo, the San Diego Biotechnology Vendor Showcase, held twice a year at UCSD La Jolla.  The 2012 dates for this popular event, now in its 19th year, are February 9th and August 23rd.  For information on exhibiting, click below: