Though it is not studied very heavily, microRNA plays a crucial role in several of life’s functions. We saw in a previous Science Market Update post how a strand of microRNA can decide whether or not embryonic tissue develops with defects, and how an Ohio State University research team used this information to develop methods of preventing such defects. Now a group of researchers at the University of Michigan, Ann Arbor has developed a novel way to pinpoint the previously elusive particles of microRNA. 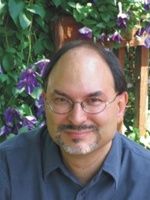 "The field of biochemistry is about 100 years old," says Nils Walter, professor of chemistry and biophysics at the University of Michigan. "And for the longest time, we were focusing on proteins. It is almost as if we were studying the wrong thing.”

Proteins are undoubtedly important to the field of biochemistry, but studying microRNA reveals more on a fundamental level. In terms of atoms, it’s akin to studying protons and electrons instead of compounds.

"RNA is profoundly important for understanding and manipulating mammalian and human life, yet it is arguably the least studied genetic material in the mammalian cell. We're just at the beginning of big discoveries of its functions."

To get ahead of what he believes will be the new trend in biotechnology, Walter developed a new method to detect and identify individual pieces of microRNA. There are some rudimentary procedures currently in existence, but they aren’t very precise and often suffer from false positives.

"What we have done is develop a new paradigm, a new principle for detecting any sort of RNA in blood," says Walter in a recent University of Michigan article. His method involves coating a glass slide with special molecules he calls “capture probes” that, as their name implies, capture nearby microRNA.

Then he adds a special type of fluorescent DNA strand that binds to the microRNA and lights up on contact. Watching through an ultrasensitive fluorescence microscope, Walter can tell exactly what kinds of microRNA are captured by the different colors and lengths of light signals he observes. He thinks his work will be increasingly relevant as more and more researchers find the need to study microRNA.

The work was funded in part by the U.S. Department of Defense. U-M is pursuing patent protection for the intellectual property, and is seeking commercialization partners to help bring the technology to market. For more detailed funding statistics regarding the University of Michigan at Ann Arbor, read on with our Funding Statistics and Vendor Show Info report:

Biotechnology Calendar, Inc. pays a visit to the University of Michigan each year for its Ann Arbor BioResearch Product Faire™ held annually. The next such show will be held next month, on July 23rd, 2015. Biotechnology Calendar is a full service event company that has produced on-campus, life science research trade shows nationwide for the past 20 years. We plan and promote each event to bring the best products and services to the finest research campuses across the country. If you are a university researcher or a laboratory product vendor, consider attending one of our on-campus trade shows. You can click below to view pricing for the Ann Arbor show or have a look at our 2015 schedule for a wider geographic selection.