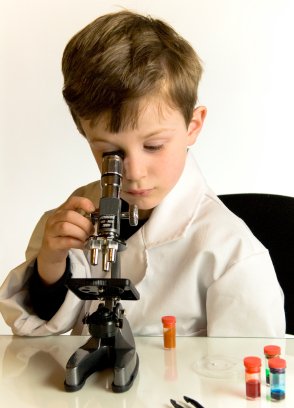 Young scientists often contribute in spectacular ways to bioresearch. Without adequate funding, however, many important and dedicated junior scientists are limited in how they are able to contribute to scientific understanding.

Paying for lab equipment, salaries, and adequate research resources can all be limiting factors for some scientists, but perhaps not for junior post doctoral fellows working on stem cell research at the University of Southern California.

Thanks to a recent gift from the Hearst Foundations to USC in the amount of $300,000, exceptional junior postdoctoral fellows can continue to pursue stem cell research and work on important projects at USC.

“Being able to support the stem cell fellows at USC is a necessary and vital step in advancing stem cell research and regenerative medicine,” said Paul “Dino” Dinowitz, executive director of the Hearst Foundations.

As part of a generous starting package, the postdoctoral researchers will enjoy access to world-class facilities and equipment plus salary and benefits for a full year. The gift includes access to the William Randolph Hearst Foundation Imaging Laboratory, which was supported by a previous $100,000 gift from the Hearst Foundations.

The fellows will also become an integral part of USC Stem Cell, a collaborative and multidisciplinary effort that brings together more than 100 researchers. Fellows in the USC Stem Cell community will enjoy many other added benefits, including access to equipment, funding and additional resources which allow them to compete for nationwide awards and additional fellowships.

The support for junior post-doc’s follows another recent donation from The Broad Foundation for senior postdoctoral fellows. The USC Stem Cell Student/Postdoc Collaborative Challenge Grant Program was also recently unveiled, which will provide $10,000 to one-year research projects that involve collaboration between students or postdocs in two or more labs.

Andrew McMahon, director of the Eli and Edythe Broad Center for Regenerative Medicine and Stem Cell Research at USC, said:

“An important part of the future is how USC Stem Cell is going to engage other schools — in business, in public policy, in law — as this area of medicine becomes increasingly more involved. So I’m looking forward to a future that embraces many more schools than are currently represented…by investing in the next generation of stem cell researchers, the Hearst Foundations is also investing in the next generation of treatments and cures for patients…this gift demonstrates the foundation’s visionary commitment to cultivating young scientific minds and creating a broad and enduring impact on the nation’s health.”

Several other USC Stem Cell principal investigators shared their most recent research, including work in the areas of lung development and disease, using stem cells to cure HIV/AIDS, and Lou Gehrig’s Disease.

“It’s fantastic to see the diversity of different research that’s going on in the schools across USC,” McMahon said. “I very much look forward to meeting again next year.”

Together, these gifts will enable prominent and upcoming young scientists to be recruited to work toward furthering important stem cell research at USC. As a part of an extremely well funded and active research community, scientists at USC are considered among the top-level researchers in the nation.

Considering generous gifts for active programs like these, it’s easy to see why the University of Southern California Health Science Campus is considered a top-level, $560 million research marketplace. In 2012, roughly 85% of USC’s R&D budget went toward scientific research and medical science projects and studies claimed more than half of the school’s overall research spending. 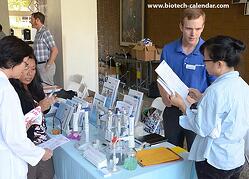 In order to connect the prominent researchers of USC with the laboratory equipment and biotechnology vendors that are vital to their mutual success, Biotechnology Calendar Inc. is holding the Semiannual BioResearch Product Faire™ Event at USC Health Science Campus on 04/03/2015 and again on 10/21/2015.

Last year, these events attracted more than 400 attendees, including post docs, lab managers and purchasing agents responsible for the continued success of their research departments. The BioResearch Product Faire is lab vendors’ and researchers’ premier opportunity to network with one another and talk about the latest biotechnology and lab supplies. To attend this event as a researcher, click below:

Lab vendors and equipment suppliers can promote their products as exhibitors in the active USC research market by clicking here: