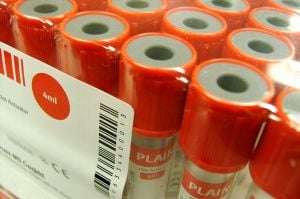 The Ebola virus is a terrifying disease that, while typically confined to certain parts of Africa, has gained worldwide attention due to its recent proliferation. According to the Center for Disease Control, there have been nearly 25,000 cases of Ebola virus reported throughout multiple countries in the last year alone. (source: CDC.gov)

In the face of this epidemic, microbiology professor Dr. David AuCoin from the University of Nevada School of Medicine has begun to develop a rapid point-of-care diagnostic test for Ebola virus. To date, Dr. AuCoin’s work has netted four separate NIH grants worth a total of over $1.49 million for research on diagnostics for infectious diseases including Ebola, Lyme Disease, meningitis and whooping cough.

In partnership with a virologist from Public Health Canada, the project stems for a need for rapid testing options and early detection of the potentially fatal disease.

"Usually what happens is it's some fever of unknown origin," Dr. David AuCoin said. "So you don't know if it's a virus like Ebola or something like the flu."

The finished test will function similarly to a conventional home pregnancy test, with positive or negative results viewable by the user in about 15 minutes, instead of several days like current diagnostics. "If someone comes in with symptoms presenting like this, it's just a finger prick, drop of blood, let's just quickly tell whether or not this person has Ebola," Dr. AuCoin said. 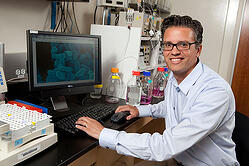 "If it's positive, you pretty much know the person has Ebola," he said. "If it's negative, it could be a situation where there's just not enough virus in the blood yet, but as the patient gets sicker you can test again to see if there's more virus and maybe it becomes a positive test."

Because no infectious Ebola virus or patient samples will be used for the test’s development, there is no possibility of Ebola infection associated with this School of Medicine research project.

In a move that would curtail months or even years of testing and oversight, Dr. AuCoin and his team hope to expedite the development of their test with special FDA clearance based on emergency need.

"We're hoping for FDA clearance or what's called an emergency use authorization," Dr. AuCoin said. "So maybe within the next six months to a year or so we can try to test these in the field."

According to a university press release, the finished prototype Ebola test will be sent to collaborators at Public Health Canada for further testing and validation in the lab and in the field.

"They've got a Biosafety Level 4 facility," Dr. AuCoin said. "They can actually grow live Ebola and they can test our new diagnostic prototype and actually see if it works...We are thrilled to help in the global response to a disease that is impacting so many worldwide."

In addition to the $1.5M for AuCoin’s breakthrough Ebola diagnostics, the University of Nevada, Reno is home to some serious life science research projects. For example, earlier this year a $10 million grant was given to the Reno research institution by the NIH to help expand the University’s neuroscience research and capabilities using advanced functional Magnetic Resonance Imaging (fMRI). 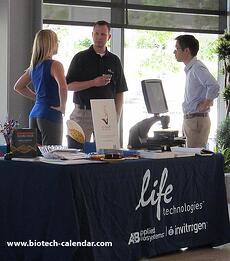 Other examples of recent funding for life science at UNR include:

As Nevada’s leading medical and life science research institution, the University of Nevada, Reno represents a lucrative marketplace for biotechnology and laboratory supplies.

Hundreds of scientists, researchers and educators will attend the 9th Annual BioResearch Product Faire™ Front Line Event at University of Nevada, Reno on April 30, 2015 in search of the latest biotech and lab supplies.

To find out more about having your products represented at this popular event, click below: