Two USC stem cell researchers have received a combined $4 million from the National Institute of Health (NIH). Dr. Qi-Long Ying will oversee a $1.32 million grant focusing on how two specific proteins influence whether stem cells self-renew to produce additional stem cells or become more specialized cell types. A $2.82 million grant awarded to Dr. Neil Segil will explore why humans are unable to recover from hearing loss, while birds and reptiles can. 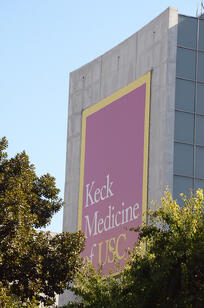 Ying’s research team will investigate how proteins influence whether stem cells regenerate or evolve. According to a USC News report, Ying states “When the levels of either of these two proteins are out of whack, people can develop a wide range of diseases, including cancer, diabetes, Alzheimer’s disease, Parkinson’s disease and mood disorders.”

A professor of Stem Cell Biology and Regenerative Medicine and of Integrative Anatomical Sciences at USC’s Keck School of Medicine, Ying has earned two prestigious awards: the International Society for Stem Cell Research's McEwan Award for Innovation in 2016 and the University of Southern California, Phi Kappa Phi Faculty Award in 2011.

In 2015, he was one of three scientists given $4.3 million by the California Institute for Regenerative Medicine (CIRM). Selected from 212 proposals, Principal Investigators were Ying, Dr. Paula Cannon and Dr. Toshio Miki.

At that time, Ying’s proposal was to use stem cell-based technology to breed a transgenic rat that scientists could use to study human diseases like heart failure, diabetes and neurodegenerative diseases. The rat is widely accepted as similar to the human in its physiology.

Also a Professor of Stem Cell Biology and Regenerative Medicine at Keck School, Dr. Segil and his team will study the uniquely human limitation that prevents genes from regenerating replacement sensory hearing cells in the inner ear.

“Our goal is to identify the molecular obstacles to sensory hearing cell regeneration in the inner ear, as well as to discover ways to overcome those obstacles to stimulate regeneration and restore hearing in deaf individuals,” Dr. Segil stated in a HSC News story.

Stem cell research is so promising that the Keck School of Medicine established the Department of Stem Cell Biology and Regenerative Medicine to study how “blank slate” cells have the ability to become different kinds of cells in the human body. In theory, these stem cells can replace or repair damaged tissues.

Currently, there are several ongoing clinical trials on the campus testing the effectiveness of stem cell treatments, including a 2016 clinical trial in which a paralyzed patient was injected with an experimental treatment made from stem cells. Within months, the patient was able to write his name and feed himself.

“The study is not complete, and the treatment is not standard therapy,” according to a news report. “But the promising results prompted researchers to extend the treatment to people with less-severe spinal injuries who would have been too risky to include in the initial tests.”

U.S. News & World Report ranks USC’s hospitals among the country’s best for the 10th year in a row.

On October 24th, 2018 the 18th Semiannual BioResearch Product Faire™ at the University of Southern California will be held on the Health Sciences campus. Life science professionals are invited to attend the annual on campus trade fair for free. Click the button below for additional information or to pre-register.

If you are a laboratory equipment supplier, this is an excellent opportunity to meet face to face with life science researchers at this well-funded research market and educate them about your lab or chemical supply products. Call us at 530-272-6675 or click on the link below to reserve a space and increase your scientific sales in 2018.