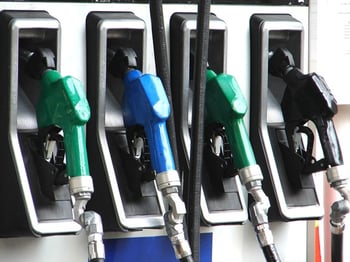 To this end, researchers at University of California, Los Angeles, have recently identified the mechanism by which fuel is delivered, which allows the growth of pancreatic and prostate tumors. These are among the leading causes of cancer-related deaths in the United States, and the discovery will likely be instrumental in new treatment options for the deadly diseases.

Tumors rely on glucose to survive and grow, the majority of which was already known to be delivered by passive glucose transporters, known as GLUTS. However, the study found that the process also involves sodium-dependent glucose transporters called SGLT1 and SGLT2.

Researchers from UCLA Jonsson Comprehensive Cancer Center, including Dr. Ernest Wright and co-author Dr. Jorge Barrio, focused on how SGLT1 and SGLT2 impact the growth of pancreatic and prostate tumors by mapping the distribution of SGLT1 and SGLT2, then measuring glucose uptake in separate tumors. 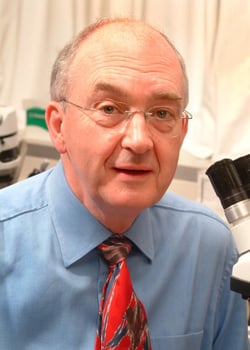 According to Dr. Wright, lead author and professor of physiology at UCLA, the three-year study produced findings that “further provide the first promising evidence that current sodium-based drug inhibitors and PET imaging techniques could be used to better diagnose and treat these and other forms of the disease.” (Source: ucla.edu)

"This is exciting because it provides strong evidence that SGLT2 inhibitors, such as those currently approved by the FDA to treat diseases like diabetes, could potentially block glucose uptake and reduce tumor growth and survival in pancreatic and prostate cancers," said Wright.

"GLUT imaging probes that have in the past been shown to be of limited effectiveness on these types of tumors," said Barrio, a distinguished professor of molecular and medical pharmacology. "The specific radioactive imaging probe we implemented for SGLTs on these tumors holds tremendous promise to diagnose and stage pancreatic and prostate cancers." Next up for Wright and Barrio is a series of clinical trials to further investigate the importance of SGLTs in glucose delivery.

Over the past three years, Dr. Wright’s projects have garnered more than $1 million in grants from the National Institutes of Health, and are backed by many more millions in funding from the NIH dating as far back as 1991.

Dr. Wright’s research continues to be instrumental not only to cancer research, but to the highly subsidized and extremely active life science marketplace at UCLA.

In addition to being home to some of the most hardworking and influential research institutes in the nation, UCLA is also home to the Semiannual Biotechnology Vendor Showcase™. 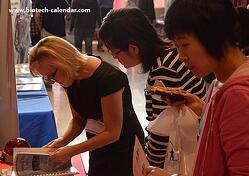 Twice a year, active researchers from UCLA and surrounding areas attend to network and learn about the latest offering is the biotech and lab supplies industry.  These researchers - including post-docs, lab managers and purchasing agents - are well funded for their important work at UCLA, and last year over 1100 of them attended these events.

This year, Biotechnology Calendar, Inc. is proud to host the 36th Semiannual Biotechnology Vendor Showcase™ at UCLA on November 5, 2015.

If you are a lab supply, biotech, or lab equipment vendor, this is your chance to meet and promote your products to some of the most prominent researchers in the nation. Generate hundreds of qualified leads in one place by exhibiting at this popular and rapidly expanding life science event.

Get regular news about UCLA research and other leading institutions with Science Market Update: