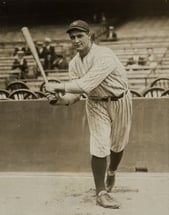 The NIH grant will benefit Pellecchia’s ongoing research on how inhibiting a specific receptor could delay the progression of motor neuron diseases, such as ALS (Lou Gehrig’s disease), as well as Parkinson’s disease and gastric cancer.

In February 2017, a team of biomedical scientists led by Pellecchia identified a molecule that targets a gene known to play a critical role in the progression of ALS. According to a report in the journal “Cell Chemical Biology,” Pellecchia indicated his team “designed 123C4, a molecule the lab developed that targets the EphA4 receptor, a gene successful in delaying the progression of ALS.”

“We hope these additional studies will further facilitate the translation of these agents into novel treatments,” noted Pellecchia in a UCR Today News

Pellecchia will collaborate with another UCR professor, Iryna Ethell, who studies astrocytes, which are cells found in the central nervous system. He will also partner with Kathrin Meyer of the Nationwide Children’s Hospital in Columbus, Ohio. Meyer discovered a few years ago that when astrocytes and motor neurons from an ALS patient are co-cultured, the astrocytes kill the motor neurons.

Under the NASEM grant, research will focus on a specific receptor that plays a key role in cell proliferation in cancer. Pellecchia will partner with Heba F. Salem, a professor of pharmaceutics and drug delivery at Egypt’s Beni-Suef University.  Salem has received similar funding from NASEM for the project.

Selection process for the NASEM grant was highly competitive. Only 12 percent of the proposals submitted were funded after being considered independently by reviewers in the U.S. and Egypt.

Internationally known for his research in structure-based drug design, Pellecchia was appointed to UC Riverside’s Daniel Hays Endowed Chair in Cancer Research in 2015. He is the recipient of numerous awards, including the National Institutes of Health (NIH) high-end instrument grant award.

Prior to his arrival on the Riverside campus, Pellecchia had been a professor of chemical biology and associate director of translational research at the Sanford Burnham Prebys Medical Discovery Institute in San Diego.

In San Diego, his research focused on developing new potential therapeutic drugs for cancer and neurodegeneration. A discovery resulted in the founding of the company, Iron Horse Therapeutics, Inc., which is developing a therapeutic agent for Lou Gehrig’s disease. https://ucrtoday.ucr.edu/33182

If you are a Riverside area researcher, or life science professional you are invited to the upcoming:

If you are a research lab supply, service or equipment company and would like to educate University of California, Riverside researchers about products they can use to save time or improve accuracy in the discovery process, you should plan on participating at this event.