Over $4.8M in NIH Grants Awarded to Georgetown Cancer Research 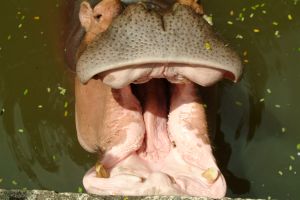 Georgetown University has recently received funding from the National Institutes of Health in order to advance cancer research, including breakthrough research on cancer cells' behavior and the "Hippo" pathway at the Georgetown Lombardi Comprehensive Cancer Center.

A set of grants totaling over $4.8 million has been given to researchers at Georgetown in FY 2014-15, and promises to be a major factor in continued research at the facility.

(image at right: Not to be confused with its African couterpart, the "Hippo Pathway" is a system in the body that influences organ size)

The funding specifically benefits researchers at Georgetown Lombardi, including some who recently discovered growth behavior in cancer cells that will be crucial to understanding and treating the disease.

A team led by senior investigator, Anton Wellstein, MD, PhD, a professor of oncology and pharmacology at Georgetown Lombardi, concluded that densely packed cancer cells were less invasive than loosely packed cells. Furthermore, they found that this behavior was due to moderation by the "Hippo" molecular pathway, an ancient biological mechanism that limits the size of an organ. The Hippo signaling pathway, also known as the Salvador/Warts/Hippo (SWH) pathway, controls organ size in animals through the regulation of cell proliferation and apoptosis. The pathway takes its name from one of its key signaling components—the protein kinase Hippo (Hpo).

According to a recent university press release, densely packed cancer cells engage the Hippo mechanism, which in turn regulates the growth of the cells and tends to inhibit spreading. On the other hand, loosely packed cells tend not to engage Hippo, therefore allowing the cells growth to continue uninhibited.

Wellstein’s experiments showed that the mechanism is common to a variety of cancers, including breast, prostate, pancreatic and lung.

"We think cancer cells go wild, they just take off. They will invade and there is nothing you can do about it," Wellstein says. "But it actually turns out that crowded cells still have that memory of how good citizens -- good cells -- behave, and that was a big surprise to us. That is why this finding is quite significant."

As one of only 41 comprehensive cancer centers in the nation, as designated by the National Cancer Institute, Georgetown Lombardi Cancer Center is an integral part of Georgetown University Medical Center and a major recipient of NIH funding. In addition to the over $4.8 in recent NIH funding, Georgetown regularly receives lucrative donations for its continued excellence in life science research.

Some key funding stats from Georgetown:

Scientists, researchers and educators at Georgetown are highly subsidized for their work in cancer research, infectious diseases, neuroscience, child health and global health. Every year, more than 400 scientists working on basic and clinical research projects and over 300 active clinical trials spend millions on R&D, including the latest biotechnology and lab supplies. 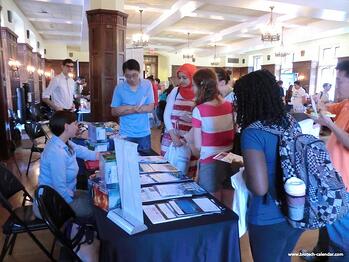 For Georgetown researchers, one of the best opportunities to find the latest biotech and lab supplies is at the 16th Annual BioResearch Product Faire™ Event at Georgetown University on May 1, 2015.

This annual event brings together hundreds of life science researchers with biotechnologies and lab supply vendors to network and learn about the latest tools of the trade in a university setting.

To learn more about attending this popular event in Washington, D.C. click the appropriate link below: