Madison Chemists Research How the Ocean Assists with Cloud Formation 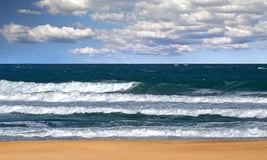 Clouds are formed when tiny drops of water collect around a central particle (nuclei) like dust or microbial life, but not all particles are able to absorb the necessary water to form a cloud, leaving many holes in the knowledge of cloud formation.

Chemistry researchers at the University of Wisconsin are working to gain a better understanding of cloud formation, which can greatly help with climate predictions, through researching cloud formation by focusing on studying tiny particles from the surface of the ocean. (Image courtesy of byfir0002 via Wikimedia Commons)

Clouds play a large role in effecting the earth's climate. They help reflect energy from the sun back into space, effecting how much energy is absorbed by the earth. Gaining a better understanding of the process that forms clouds, as well as what environmental and man-made pollutants effect cloud formation, are critical for scientists to both understand and predict the climate.

Chemists from the University of Wisconsin, Madison are studying this process in a wave channel in their lab where they can replicate both different aerosol particles that come off ocean waves as well as particles from the ocean-air boundary to see what potential these particles have to collect water and form clouds. These researchers are focusing on the ocean's potential to create clouds since more than 70% of the earth is covered in ocean.

Through their wave channel research, the Wisconsin team created a new method of categorizing different particles based on their likelihood to form clouds from surrounding water, based on the particle-to-particle variability found in cloud formation.

This research helps create a "framework people can use broadly to look at this question of the diversity of particulates and how they impact cloud formation" explained Madison researcher and professor of Chemistry, Timothy Bertram. 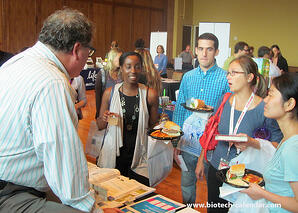 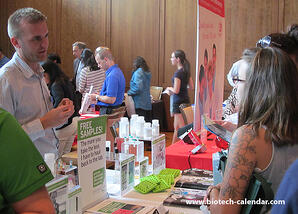 The University of Wisconsin, Madison is a well-funded public research institution, receiving millions of dollars annually from private and public donors to help fund life science research. In the 2013 fiscal year, UW Madison ranked 12th in the nation for total R&D expenditures, totaling more than $640.5 million. In the 2014 fiscal year, UW Madison received over $255.4 million in funding from the NIH.

Lab supply companies interested in showcasing their products to researchers in the University of Wisconsin marketplace are encouraged to participate in the 16th Annual BioResearch Product Faire™ Event in Madison coming up on July 17, 2015.

This event provides lab suppliers with the chance to meet face-to-face with more than 350 active life science researchers directly on-campus who are interested in learning about new tools and technologies that are available to use in their research.

To learn more about showcasing products at the June 17, 2015 event, visit the link below:

Involved with research in the Madison area? Visit the following link to learn more about attending this complimentary event, and to preregister to save yourself time at the door:

Biotechnology Calendar, Inc. has been organizing, producing, and marketing these on-campus table top events around the United States for more than 20 years. To find more events in your marketplace, visit the complete 2015 trade show calendar here.