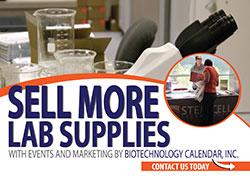 Duke received a $28 Million grant from the NIH to discover immunologic research directed at tackling major scientific problems that hinder the development of an effective HIV-1 vaccine. The vaccine strategy will be based on identifying and targeting novel HIV-1 vulnerabilities to B, T and NK cell immune responses and then using this information to design vaccines that will induce protective immunity at the time and location of HIV-1 transmission. 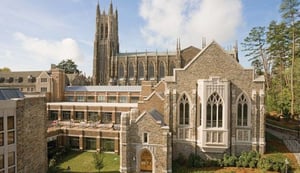 Researchers at Duke are on a mission to develop a vaccine that prompts the immune system to inhibit HIV infection. They are focused on recognizing and eliciting a specific type of antibody that is efficient at neutralizing the virus.

The naturally arising bnAbs (broadly neutralizing antibodies) are in about half of HIV-infected people. However, the virus repeatedly mutates and inserts itself into the genome of host cells long after the antibodies would be effective. The Duke Human Vaccine Institute leads research intent on identifying important protein, called RAB11FIP5 is highly active in people who develop bnAbs compared to those who don’t.

Barton Haynes, M.D., director of the Duke Human Vaccine Institute and colleagues designed a study to analyze the molecular differences between HIV-infected people who make bnAbs and those who don’t.

This protein appears to be involved in changing the distribution and function of natural-killer cells. These cells are among the immune system’s early responders during a viral infection. According to Haynes, “We found a new natural killer cell cargo-carrying pathway that appears to be important in regulating the bnAb production.” 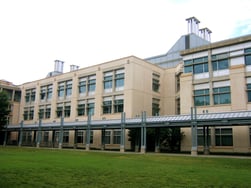 “These data suggest that natural killer cell dysfunction permits bnAb development, implicating Rab11 as a modulator of the HIV antibody response,” Bradley said. “This is a new pathway that we hope to modulate during vaccination to generate a better HIV antibody response.”

If your company offers products and services that could help fill the labs of of these innovative researchers now is an ideal time to book your space at our upcoming event:

“I’m absolutely thrilled with these events! They really give you a chance to make connections with real decision makers on campus and the environment is very easy to conduct business in.”

Attendance has been on the rise at Duke over the last two years with the show seeing an increase in attendance by 35%. Call today if you’d like to reserve your space and take the next step towards supplying these researchers with the tools they need to succeed.