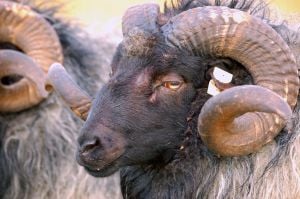 Many people may consider leprosy to be a defunct disease from the middle ages, but for some, it is a contemporary and terrifying condition that can result in nerve and skin damage, and even the loss of fingers or toes.

Although leprosy is largely extinct in the United States thanks to modern drugs and treatment options, people in developing countries continue to be plagued by the disease. Contrary to the popular dogma, which previously assumed that leprosy was unable to live outside of an animal host, a group of Colorado State University researchers, led by CSU researcher Bill Wheat, has discovered that the pathogen that causes leprosy, Mycobacterium leprae, can actually survive in soil, water and plants until it is reintroduced into a warm-blooded host.

“It can persist in these amoebae for months, and is still capable of transmitting the disease,” said Mary Jackson, a member of the research team and director of CSU’s Mycobacteria Research Laboratories. The labs are renowned for research to discover new diagnostics, therapies and preventions for tuberculosis and leprosy, diseases caused by mycobacterial pathogens that infect people and animals.

According to the World Health Organization, cases of leprosy remain at about 200,000 per year throughout 15 developing nations including Brazil, India, and Indonesia, despite worldwide eradication efforts and several available drug therapies. 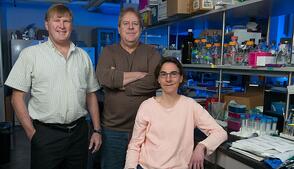 “While we have eliminated more than 90 percent of leprosy since the 1980s, we still have these emerging cases in remote areas,” Wheat said. “And it’s a disease of poverty, so people can’t always seek medical care.”

According to a university press release, the team’s study showed that the bacteria responsible for spreading leprosy can actually live outside of animals for at least eight months by residing in a protective cyst that can survive in water, plant tissue or soil.

“If we can understand how it survives and spreads, that would be huge,” Jackson said. “If we know what to sample and look for in the environment, we could identify the red flags.”

In addition to this study, researchers at Colorado State University are on the cusp of breakthrough research in several fields of life science, including:

As a research institution, Colorado State University makes use of millions of dollars in annual funding from the National Institutes of Health and several other private and government organizations to fund important studies every year. 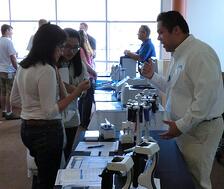 Colorado State University is home to hundreds of life science researchers and is considered a lucrative market for lab supply vendors. Researchers and lab vendors interested in meeting one another and discussing the latest innovations at a top-level research institution can attend the 5th Annual BioResearch Product Faire™ Front Line Event at The CSU Foothills Research Campus on June 15, 2015.

For more information about attending this event as either an exhibitor or a life science researcher, please like the appropriate link below: