What happens when we forget something as precious as a personal memory? Is that memory just tucked away in some deep dark corner of our brain, along with all those passwords and telephone numbers…or is it completely erased from existence, never to cross our minds again? New bioresearch from UCLA may help to shed some light on that foggy brain and offer clues into the nature of long-term memory loss. 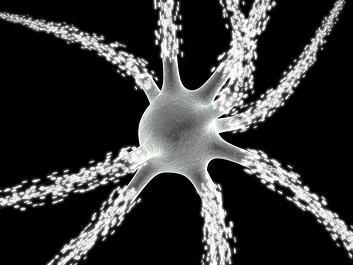 The loss of one’s memory is perhaps one of the most draining and heartbreaking symptoms of Alzheimer’s- a devastating disease, not just for people afflicted with this terrible condition but for friends and loved ones of those affected as well. There is a new development in Alzheimer's research thanks to new a study at UCLA which indicates that memories may actually be able to be restored during the early stages of the disease.

Prior to a recent study conducted by David Glanzman and his team of researchers at UCLA’s Brain Research Institute, scientists believed that memories were stored in the brain’s synapses. These synapses, which are vital connections between brain cells, have long been thought to break down when affected by Alzheimer’s, causing rapid and permanent memory loss.

“Long-term memory is not stored at the synapse,” said David Glanzman, a senior author of the study, and a UCLA professor of integrative biology and physiology and of neurobiology. “That’s a radical idea, but that’s where the evidence leads. The nervous system appears to be able to regenerate lost synaptic connections. If you can restore the synaptic connections, the memory will come back. It won’t be easy, but I believe it’s possible.”

In order to test these theories, Glanzman's research team studied the memory of a marine snail called the Aplysia. For the study, they subjected the snail’s tail to several mild electric shocks, which enhanced its withdrawal reflex that protects the snail’s gill from harm. The enhancement lasts for days after a series of electrical shocks, which indicates that it is present in the snail’s long-term memory. Dr. Glanzman explained that the shock causes the hormone serotonin to be released in the snail’s central nervous system. 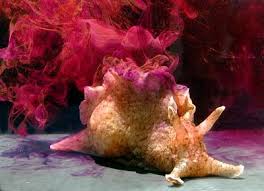 “If you train an animal on a task, inhibit its ability to produce proteins immediately after training, and then test it 24 hours later, the animal doesn’t remember the training,” Glanzman said.  “However, if you train an animal, wait 24 hours, and then inject a protein synthesis inhibitor in its brain, the animal shows perfectly good memory 24 hours later.  In other words, once memories are formed, if you temporarily disrupt protein synthesis, it doesn’t affect long-term memory. That’s true in the Aplysia and in human’s brains.”

Glanzman’s and his team’s research could offer a silver lining for individuals suffering from Alzheimer’s. Most importantly, this research implies that memories may not necessarily be completely erased with the degradation of the brain’s synapses, as previously thought.

“As long as the neurons are still alive, the memory will still be there, which means you may be able to recover some of the lost memories in the early stages of Alzheimer’s,” Glanzman said.

With nearly $400 million in FY 2014-15 award dollars and 290 medical research centers and institutions, UCLA is a leading marketplace for lab equipment and research technology. Biotechnology Calendar, Inc. will be in attendance at the 35th Semi-annual Los Angeles Biotechnology Vendor Showcase, to be held April 2, 2015. The following day, be sure to check out the BioResearch Product Faire™ Event at USC Health Science Campus to be held April 3, 2015.

Biotechnology Calendar, Inc. is a full service event company that has produced on-campus, life science research trade shows nationwide for the past 20 years. If you are a university researcher or a laboratory product vendor, consider attending one of our on-campus trade shows. Check out the new 2015 schedule of events to find a show at a university campus near you.