This fall, lab suppliers at our two New York trade fair events saw a record 669 in researcher attendance. Some exhibitors saw over $500,000 in potential business. At this point, we have only 10 spaces left for the upcoming April event at Rockefeller University, and 11 for Mount Sinai. 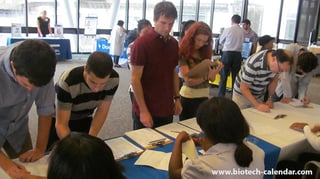 Rockefeller University is currently undergoing a major campus extension which will be complete in 2019. This $500 million addition will allow for several new state-of-the-art laboratories and collaborative research spaces on the River campus.

Other Research Funding and News from Rockefeller University:

On Thursday, April 13th, 2017, lab and chemical supply companies are invited to exhibit at the next BioResearch Product Faire at Rockefeller University.

To reserve one of the 10 remaining spaces and increase lab equipment sales in 2017 call us at 530-272-6675 or visit the link below for more information. 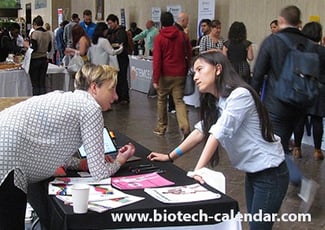 While in New York, lab suppliers may want to consider also exhibiting their lab products to researchers at Mount Sinai Ichan School of Medicine, at the annual BioResearch Product Faire™ event the day prior on Wednesday, April 12, 2017.

Other Research Funding and News from Ichan School of Medicine: