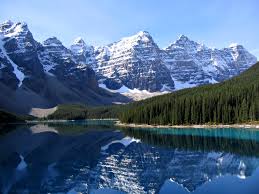 Researchers at Colorado State University have received a blizzard of funding thanks to the philanthropy of two prominent Coloradoans. The largest cash donation in university history of $42.5 million donation has been made by philanthropists John and Leslie Malone, who made their fortune in the cable television industry, and will create a new center and associated programs for stem-cell and other regenerative medical research at CSU. $32.5 million will fund construction of a new building for the institute, while $10 million will fund operations. The $32.5 million gift requires a match of donations for construction and will launch CSU’s Institute for Biologic Translational Therapies to investigate new medical remedies for a variety of ailments in humans and animals.

According to the university press release, research at the IBTT will focus on remedies based on living cells and their products, including patient-derived stem cells. “We are tremendously grateful to John and Leslie Malone for their generous philanthropy, foresight and dedication to scientific discovery,” Colorado State President Tony Frank said. “In addition to being the largest cash gift in the university’s history, their commitment positions us to build on our foundation as a leader in translational medicine, where advances in veterinary medicine very rapidly move into the sphere of benefitting human health.

At CSU’s new institute, veterinarians will work on developing regenerative treatments for animals, working to bring new technologies to market for both humans and animals. The Malones are horse enthusiasts who own animals that have benefited from stem-cell treatments.

“We think this whole area of research is very exciting in what it portends for humans and animals,” John Malone said. “When you say, ‘Who’s in the best position to do something about this?’ – to take cutting-edge research and apply it pragmatically to the problems we see that people and horses are encountering on a day-to-day basis – it became pretty logical. CSU was the right place to go.”

The Malone’s donation will have a significant impact on the expansion of facilities for research in biological therapies, including gene therapy, stem cells, specialized tissue replacement and novel proteins. These therapies used alone and in combination with minimally invasive surgery, could provide more effective and longer-lasting treatment for equine athletes and people with osteoarthritis and orthopedic injuries.

Colorado State has demonstrated the value of treating animal patients with naturally occurring disease as a vital step in developing new treatments for human patients, noted Dr. Mark Stetter, dean of the CSU College of Veterinary Medicine and Biomedical Sciences. “We are truly appreciative and humbled by John and Leslie Malone’s contribution to Colorado State University. This is a transformational gift that will make a difference in our society today and in the future.”

Thanks to a major upturn in recent donations (which have outpaced state funding) CSU raised a record $143.3 million in fiscal 2013, and in February 2012 announced the completion of its $500 million Campaign for Colorado State effort.

Researchers, vendors and laboratory vendors in the Colorado area are excited about this significant boost to the local bioresearch market. With several trade shows scheduled for 2015 at local universities, Colorado area researchers and vendors are uniquely poised to take advantage of huge increases in funding at CSU and other Colorado institutions. There are three separate BioResearch Product Faire™ events scheduled for Colorado in 2015, offering ample opportunity for interested parties to attend some of the most important trade shows in the industry.

Funding Fact: Colorado State University received approximately $3.65 million to support research into fighting tuberculosis, and has been selected as a Grand Challenges Explorations winner, an initiative funded by the Bill & Melinda Gates Foundation.

Funding Fact: The University of Colorado, Boulder has opened a $32.7 million advanced laboratory, and garnered $412 million in research awards for FY 2013-14.

Funding Fact: The University of Colorado, Anschutz Medical Campus is undergoing a $400 million expansion and has gained more than $772 million in private support.

These popular events are produced by Biotechnology Calendar, Inc. and represent the best opportunity for laboratory supply vendors to meet and network directly with researchers and industry professionals. These events occur at researchers’ own institutions and are intended to directly market new products and technology that are vital to bioresearch.