Researchers at Columbia University recently conducted a study aiming to identify an Alzheimer’s gene in African-Americans. The results were published in the April 10 issue of the Journal of the American Medical Association, and the study was funded by NIH research grants. African-Americans with the ABCA7 gene have almost twice the amount of risk of developing late-onset Alzheimer’s disease. According to a Columbia University news article, the gene is involved in producing cholesterol and lipids, and researchers believe that lipid metabolism may be a key pathway in Alzheimer’s disease in African-Americans, more so than it may be in white people.

“Our findings strongly suggest that ABCA7 is a definitive genetic risk factor for Alzheimer’s disease among African-Americans. Until now, data on the genetics of Alzheimer’s in this patient population have been extremely limited,” said study senior author, Richard Mayeux, MD, MS, professor and chair of Neurology at Columbia University. “While we need to conduct research to determine whether reducing cholesterol will lower the chance of Alzheimer’s in African-Americans, maintaining healthy cholesterol levels always has the benefit of lowering one’s risk of heart attack and stroke.” 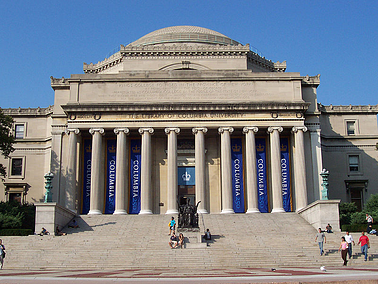 Given these recent funding statistics, it’s clear that lab suppliers interested in increasing lab sales leads and scientific product sales may want to look into Columbia life science marketing events. Biotechnology Calendar, Inc. invites all lab suppliers and biotechnology vendors to network with others in their field at our annual Armory Track and Field Center BioResearch Product Faire™ Event, held adjacent from the Columbia University Medical Center on October 1, 2013. Biotechnology Calendar Inc. is a full-service science research marketing and events-planning company that has been organizing life science marketing events at top research universities nationwide for 20 years. For more information on our Armory Track and Field Center BioResearch Product Faire™ Event, or to view more detailed funding statistics for Columbia University, click on the button below. If you’re interested in increasing scientific product sales and lab sales leads at life science marketing events closer to home, we encourage you to view our 2013 calendar of events.