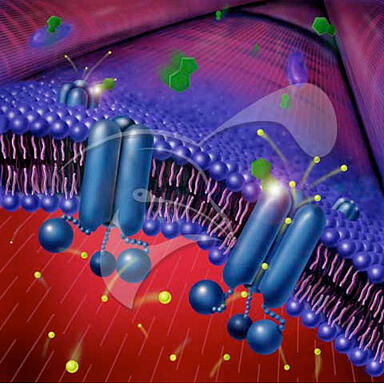 At a time when basic research is under intense fiscal scrutiny and US scientists receiving federal funding may be required to justify the immediate value of their research to Congress, it's kind of wonderful that a major advance in understanding something as critical as alcohol's link to the brain has come from such a serendipitous source. At the Pasteur Institute in Paris, researchers are engaged in a longterm project sequencing the genomes of different kinds of bacteria. Why? Well, because it's interesting, Pasteur himself was fascinated by bacteria, and who knows what it might lead to? The kind of reasoning, in other words, that is becoming increasingly difficult to find support for. And yet, in sequencing a bacteria called Gloeobacter violaceus that only grows on rocks in the Swiss Alps, they happened upon a protein sequence that is very similar to the sequence of a group of ligand-gated ion channels in the human brain.

According to Dr. Adron Harris, a molecular biologist and director of the Waggoner Center for Alcohol and Addiction Research at UT Austin, from a UT news release: 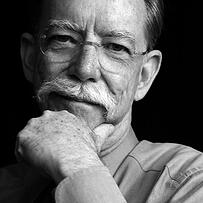 What the use of this obscure bacterium sequenced out of curiosity has enabled Harris and his team to do, however, is rather major in terms of applied research. Using the Gloeobacter violaceus protein sequence, the Harris Lab altered an amino acid to make it sensitive to alcohol. Then they crystallized both the original bacteria and the mutated one, to find out where the alcohol bound to the mutant version. Subsequent testing showed that it was indeed an important site. Harris puts the value of the discovery in perspective:

“For many of us in the alcohol field, this has been a Holy Grail, actually finding a binding site for alcohol on the brain proteins and showing it with X-ray crystallography...It doesn’t account for all the things that alcohol does, but it appears to be important for a lot of them, including some of the rewarding effects and some of the negative, aversive effects."

The next step is to do tests on mice, with the goal of developing a drug treatment for alcoholism based on selectively blocking the reward centers in the brain. Diminishing the reward, or alternately increasing the adverse effects of drinking, could change behavioral patterns, tipping the scale in favor of drinking less or not drinking at all. Some day we may even have the kind of immediate control over our response to stimulants to start and stop their effects at will. In the sci-fi TV series Star Trek: the Next Generation, off-duty astronauts lounged in the spaceship bar socializing and getting pleasantly inebriated right up to the moment when an emergency called them into action. Then they took a pill (or got a shot) that made them instantly sober and functional. Since it's doubtful humans will ever opt to give up their favorite intoxicating beverages if they can help it, mediating the negative effects of consuming too much alcohol is a more likely course. The recent breakthrough by UT Austin researchers is a significant step down that path.

This breakthrough research was recently published in Nature Communications, with Rebecca J. Howard, a former postdoc in the Harris Lab (now assistant professor at Skidmore College), as lead author.

If you are a laboratory supplier or life science researcher in the Austin area, plan on attending Biotechnology Calendar Inc.'s Austin BioResearch Product Faire™ Front Line™ life science trade show event at UT Austin on September 18, 2013. Our trade shows provide an opportunity for life science researchers to network with suppliers and keep up to date on the latest laboratory technologies in their field. For information on exhibiting and to request a free funding report, click the button:

You may also be interested in this Texas show on the following day: