The University of Utah College of Pharmacy just celebrated the opening of its new 150,000sf research building, the L.S. Skaggs Pharmacy Institute, on Medical Drive South. Located adjacent to the 1965 facility named after the senior Mr. Skaggs, the newly-expanded research institute will continue to advance drug development and teaching excellence, much the way the first Skaggs building vaulted the University into the ranks of top pharmaceutical colleges within a few years of its construction. The college currently ranks #10 out of 125 doctor of pharmacy programs according to US News & World Report. The NIH ranks it #3 in research productivity, and it has been among the top 4 pharmacy colleges in NIH funding every year since 1975. 2012 NIH funding was over $20M. The Skaggs family, through their charitable organization, the ALSAM Foundation, gave $50M towards the building costs of the institute.

The new research building addition unites all College of Pharmacy departments, including:

One architectural highlight of the building is the soaring atrium/entrance that connects the new construction to the previous building (now called Skaggs Senior Hall) and creates a space for casual meetings and interaction. Indeed, the area is sizable enough that the building opening ceremony was held there, with chairs lined up in rows on the ground floor and pharmacy faculty and students watching from the overhanging balconies. The atrium also includes an ampitheater at the West Entrance. Referencing the college's mission to pursue promising therapeutic avenues wherever they may be found, the atrium wall panels have a perforated design reminiscent of sea sponges. The pharmacy dean, Dr. Chris Ireland, studies marine sources for drug compounds.

Here are a few images of the striking new building: 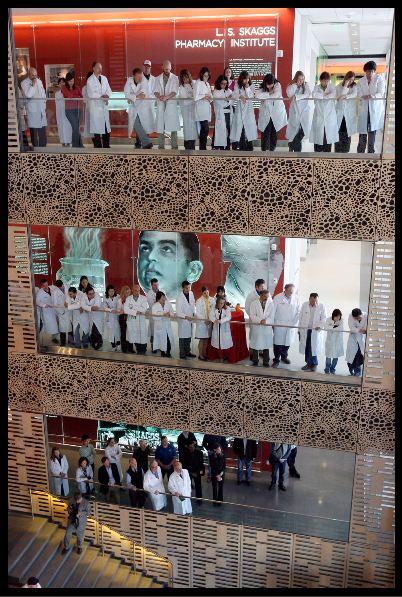 [College of Pharmacy atrium, photo by Francisco Kjolseth at The Salt Lake Tribune] 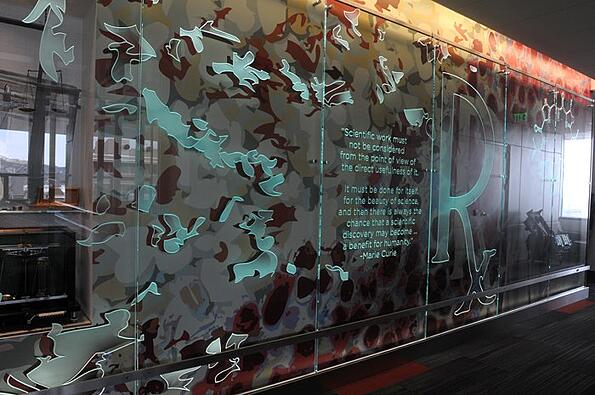 [Photos of the research building interior, courtesy of the College of Pharmacy Facebook page]

Join us August 15, 2013, at the University of Utah for Biotechnology Calendar, Inc.'s 12th Annual Salt Lake City BioResearch Product Faire™ Front Line event. We actively invite life science researchers to join us for this opportunity to network with professional lab research equipment vendors in a comfortable, convenient on-campus environment. We also encourage you to check out our 2013 Show Schedule for professional tradeshows at other universities across the country.