If a person is suddenly seeing flashing lights, their fingers are tingling, and they are having trouble speaking, all these symptoms mean they are suddenly experiencing a migraine aura. Aura migraines affect more than 7,000,000 people in the United States, and are usually quite debilitating. Thanks to K.C. Brennan, M.D, a researcher at the University of Utah, we now know a lot more about what causes aura migraines. 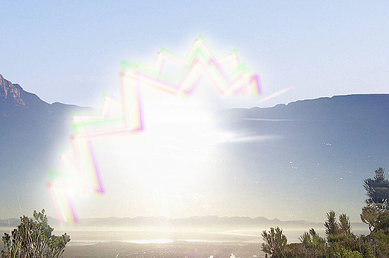 (Courtesy of  Wikimedia commons and Tehom)

In the United States there are aproximately 37 million people who suffer from migraines. Aura migraines account for 20 percent of all the migraines. What makes this particularly terrible is that 12 million migraine sufferers experience daily migraine episodes. According to the Mayo Clinic, there are many different kinds of migraine triggers and they can include: foods, stress, medications, sleeping patterns, smoking, hormone changes, and environmental changes.

A migraine generally consists of 4 distinct phases, although not every person experiences all four. A migraine has a premonition phase, an aura phase, a headache phase, and a headache resolution phase.  The premonition phase begins anywhere from a few days to a few hours before a migraine and is accompanied by a change in how a person behaves or feels. Next is the aura phase, the phase happens about 30 minutes before the pain begins. It is known by its groups of symptoms which affect the sight, movement, and how we perceive the world around us. Often in an aural migraine you could experience vision problems which include: bright flashes, objects, or even lose your vision altogether. Physical problems consist of tingling, weakness in your muscles, and sometimes the ability to speak coherently.  Next starts the headache itself, which is intense pain and can include: sensitivity to light, sensitivity to movement, exhaustion, depression, and anxiety.  The last stage of migraine is the headache resolution, when the pain level falls, but symptoms of exhaustion, irritation, and difficulty paying attention usually remain.

In the United States having migraines is very costly, and it is estimated that each year more than 17 billion dollars are spent on medically treating migraines. Although, the true cost is the amount of workdays lost to migraine sufferers. According to the American Migraine Foundation, more than 113 millions days of work are lost each year to migraine episodes.

Dr. Brennan has been researching cortical spreading depression (CSD) as the cause of migraines. Cortical depression spreading is a wave of brain activity that precedes a migraine.

“CSD moves across the brain like a ripple in a pond,” Brennan says. "It drives nerve cells to fire uncontrollably, and causes large changes in blood flow. For at least an hour afterward, it changes the way the brain reacts to its environment.  It’s like turning up the volume in all of the senses.”

The lab used a rat model to study the before and after effects of cortical spreading depression upon sensory perception. After the CSD wave passed across the rats brain, the sensory perception was altered for the same length of time as the migraine. After the effects of the wave, the rats had a difficult time adjusting to new sensory experiences, and had more intense sensory reactions. Basically the brain became over stimulated and hyper sensitive to any changes in the environment.

Dr. Brennan's hope is understanding CSD and how it precedes a migraine. Researchers are trying to find a method to interrupt the wave of brain activity. In the future, this research might lead to a drug free migraine treatment that stops a migraine before it starts.

Dr. K.C. Brennan is Assistant Professor of Neurology at the University of Utah School of Medicine. In his lab he is researching and understanding the nature of headaches. Some of the types of headache disorders he studies are: post-traumatic headaches, cluster headaches, and of course, migraines. The idea is that headaches are more than simply pain, but instead are complex problems involving excitability and homeostasis in the brain.

To get a true understanding of what is happening in the brain, “The lab uses a combination of techniques including optical intrinsic signal imaging and spectroscopy, voltage sensitive dye imaging, two-photon microscopy, and electrophysiology to study CSD and the disorders it affects.” With more research on cortical depression spreading, new solutions might be found for other brain neurological problems like stroke, traumatic brain injury, and seizures.

Join us at the exciting research marketplace at the University of Utah  for Biotechnology Calendar, Inc.'s 12th Annual Salt Lake City BioResearch Product Faire™ Front Line event. We actively invite life science researchers to join us for this opportunity to network with professional lab research equipment vendors in a comfortable, convenient on-campus environment. We also encourage you to check out our 2013 Show Schedule for professional tradeshows at other universities across the country.

If you are unable to make it to our Utah show, these are other shows you might me interested in attending.