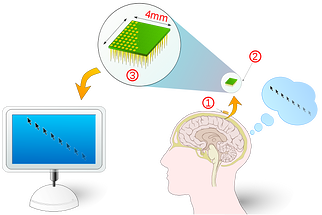 (Courtesy of Balougador on Wikimedia Commons)

In today’s research, it seems that the 6 Million Dollar Man and the Bionic Woman are moving closer and closer to reality. Nowhere is this more evident than at the University of Utah in Salt Lake City. The University is a frontrunner in research technology that can interface between computers and neurons. According to Andrew Gotshalk, CEO of Blackrock NeuroMed, “Utah is widely recognized across America and around the world as a hotbed of neuroscience research and technology.”

In fact, professor Florian Solzbacher has built upon previous research to create a better neural interface chip, and has pioneered its applications. “We are making things work,” says Solzbacher, “People have had the idea to invent better technologies like ours for years, but we are the first to make them work and get them into patients."

His advanced neural interface chip is based on the research of Richard Normann at the University of Utah. Richard Normann developed the Utah Electrode Array ("Utah Array"), which is a selective communication neural interface device. This Utah Array takes signals from hundreds of neurons in the central and peripheral nervous system and transmits them into a language that computers can understand. The innovations of professor Florian Solzbacher are so successful that he choose to commercialize them through his startup companies: Blackrock Microsystems and Blackrock NeuroMed.

Dr. Solzbacher’s new integrated neural interface is made to be implanted in the body and be a neural recording device. This new device is made by creating a device made up of new and existing technologies. This device will be a, “high density flip-chip integrated stack of modules: a thinned Utah Electrode Array (UEA), a CMOS based signal processor (low noise amplifier, peak detector) and communications module (forward and reverse telemetry link, RF module) and a high efficiency thin film coil for inductive power coupling.”

Many researchers hope to use his devices to find solutions to epilepsy, depression, Parkinson’s, and other neurological disorders. In fact, the University of Utah professor  Greg Clark, is using the device because it can communicate with the nervous system and be used to talk with the body. With this device he is,  “attempting to do preclinical studies that will restore sensory and motor function after nervous system damage or disease, such as spinal cord injury or limb loss.” 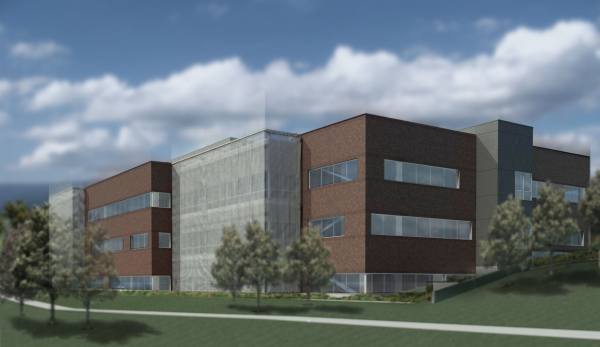 (Courtesy of Photo Credit: Courtesy of the University of Utah’s Office of Technology Venture Development)

Moreover, Dr. Solzbacher has been so successful in his research and start up companies that he is moving into a new facility at the University of Utah’s Research Park. His new facility will cost $11 million dollars, occupy a 60,000-square-foot building, and be ready for occupancy in January 2013. The facility will be occupied by Blackrock Microsystems and Blackrock Neuromed. According to Solzbacher, "There is no other existing facility on the Wasatch Front that would have been better than this one. With the close proximity to the hospitals, the University of Utah and all of its labs, we were really fortunate to secure the space."

Dr. Florian Solzbacher is Co-Director at the Utah Nanotechnology Institute, Adjunct Associate Professor of Bioengineering, and Adjunct Associate Professor of Material Science And Engineering at the University of Utah. He is also Professor, Electrical & Computer Engineering, and Director of the Microsystems Laboratory at the University.   His research interests include: Integrated Neural Interfaces, Hydrogel Sensors for Metabolic Markers, and Gas Sensors. Recent funding for his laboratory research has been provided by: the National Institutes of Health, National Science Foundation, John Hopkins University, NINDS, NIBIB, and DARPA.

If you are interested in reading about other recent University of Utah blogs in our Science Market update blog, please follow this link.

The exciting research marketplace at the University of Utah will be the venue for Biotechnology Calendar, Inc.'s 13th Annual Salt Lake City BioResearch Product Faire™ Front Line event, being held next on August 15, 2013. We invite life science researchers and lab research equipment vendors to join us for this opportunity to network in a comfortable, convenient on-campus environment. Now in our 20th year, BCI is a full-service event marketing and planning company bringing the best products and services to the best research campuses across the country. To find a show near you, look at our 2013 schedule.