Emory University has created an intriguing new online news center that collects diverse, captivating multimedia content on a single web-based platform. The Emory News Center launched on January 26th and will be able to reach audiences through a variety of media channels. The approximately 4 million annual visitors to Emory’s website will be able to access exciting new online features and services now that the site has launched.

Among the many new resources offered by the Emory News Center are topic-based RSS feeds to other Emory University sites and mobile applications. These offer the advantage of custom content based on user preference. 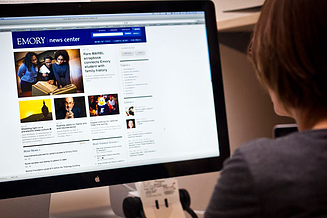 “The News Center is an evolution of Emory’s web presence that keeps us up to date with technological and cultural changes, including the fundamental shift in the way people get news,” says Jan Gleason in an article on Emory University’s website. Gleason is the Executive Director of University Marketing and also heads the steering committee that established the Emory News Center.

“Our role is shifting from not only creating content but also to creating distribution methods to share and influence content that’s produced by others, and the News Center provides Emory an online platform to better meet consumer expectations,” says Gleason.

New features offered by the Emory News Center include a method of amassing top news and branded content; an improved campus news focus that will supersede the Emory Report website; a platform to showcase Emory University content such as blogs, social media, e-mails and ads; and the ability to tag and customize content for over 160 topic-based RSS feeds. 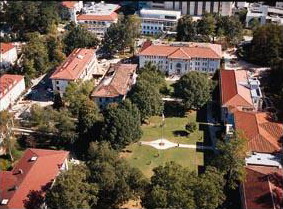 “The Emory News Center is a great representation of a collaborative, native Emory effort to create a communications channel for the 21st century,” says Rachelle Willoughby, senior manager of web development at Research Health Science IT.

Undoubtedly users will appreciate the exciting advancements available now at the Emory News Center. With all its added features, News Center is certain to change the way customers read the news.

Biotechnology Calendar, Inc. is a science research marketing and events-planning company that hosts catered trade shows at top universities nationwide. If you are a scientist or lab supplier looking to network with others in your industry at Emory University or another university closer to home, check out our 2012 calendar and consider attending one of our annual trade shows.