An important subfield of molecular biology has come into its own with improvements in technology and major NIH funding.  The field is glycobiology, and the NHLBI's new “Program of Excellence in Glycosciences” (PEG) is providing $18M over 7 years to researchers at UCSD's Glycobiology Research and Training Center (GRTC) to advance the emerging science. 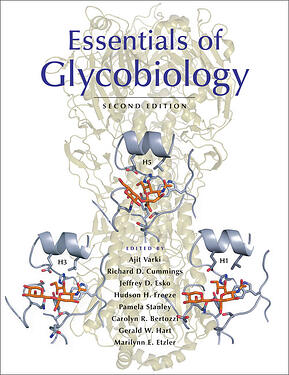 Glycobiology is the study of glycans, which are "sugar molecules ubiquitously found on the surfaces of all mammalian cells, where they typically interact with other molecules to influence a wide variety of cellular activities, including immune system function, inflammation, angiogenesis and a variety of disease processes."  They aren't newly discovered, but until recently they were too difficult to analyze and therefore rarely studied and omitted from physician and researcher training.  Now that research into their role is more widely possible, there is a need for biomedical scientists knowledgeable about how they function and able to integrate that knowledge into the study of various heart, lung, and blood diseases.

According to the NHLBI description of its new Program:

Understanding the roles of glycans in biological processes has become increasingly urgent as they have been shown to serve as modulators of DNA/RNA activities and also to mediate multiple functions both independently and through post-translational modifications of proteins and of linkages to lipids. 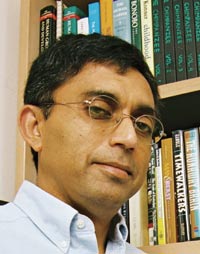 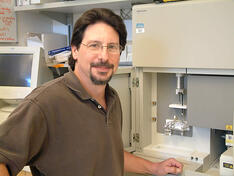 UCSD was chosen to be the lead institution for PEG because of its prominence in the emerging glycosciences (the GRTC has been in operation for 17 years) and its core resources.  Both directors of the Glycobiology Research and Training Center, Drs. Ajit Varki (left) and Jeffrey Esko (right), are co-editors of the central textbook used for training and reference in the field, Essentials of Glycobiology (see book cover image above).

Dr. Varki says of UCSD's appointment to this leadership role in the PEG program:

“The GRTC is one of the few such centers in the world. And there’s an entrepreneurial spirit here at UC San Diego that’s rare and special. It encourages researchers to come together and collaborate in ways not seen elsewhere.”

If you are a biomedical research lab supply vendor, a San Diego area life science researcher, or UCSD purchasing agent, you should plan to attend the Biotechnology Calendar, Inc.  San Diego Biotechnology Vendor Showcase™ Event. This life science laboratory product show and research networking event is held twice-annually on the UCSD campus.  The event, now in its 18th year, is an excellent opportunity to meet and exchange ideas with life science and medical science researchers and to learn about up-to-date laboratory products, science supplies and analytical equipment.  This San Diego Research community event will next be held on August 25, 2011.