PatientsLikeMe is an online networking and data-sharing resource for people suffering from chronic illnesses who want to talk about the effectiveness of treatments and medications.  It is not a chat group or a non-profit but a business run by MIT engineers that offers a service to patients and science alike by selling data it collects from subscribers to interested biomedical entities.  Two recent announcements by the company make it clear they have jumped up an order of importance in what they do and have demonstrated a use for social media that is potentially game-changing: 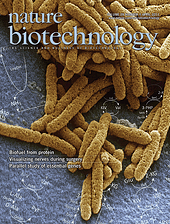 The clinical trial was initiated by patient interest in the drug lithium as a potential treatment for ALS (Lou Gherig's disease), the disease PatientsLikeMe was first founded to address in 2006.  Study participants were self-selected and "the company developed a tool to standardize collection of patient data," according to the Wall Street Journal's article of April 25th.  "They used a questionnaire from conventional ALS trials to gather patient's self-reported data on functions such as swallowing, walking, and breathing." Results from the study showed that lithium did not have a significant effect on ALS, but the phenomenon of the use of a social media tool to conduct a drug trial has been significant and responses generally positive from the scientific research community.  Indeed the published article begins its abstract with a statement of the study forum's importance, rather than that of the lithium results:

"Online patient communities structured around quantitative outcome data have the potential to provide an observational environment to monitor such drug usage and its consequences."

PatientsLikeMe R&D director (and research neuropsychologist) Dr. Paul Wicks acknowledged that this sort of online trial is not intended as a substitute for rigorous randomized, double-blind traditional trials carried out in medical institutions.  But given that those trials are sometimes prohibitively expensive and time-intensive, data garnered from a social networking platform and driven by patient interest can offer valuable insights that would not otherwise be made and could motivate further research.

In 2009 PatientsLikeMe first partnered with the personal DNA-sequencing site 23andMe, also based in the Boston area (and first referenced by us in our blog on Berkeley's Center for Computational Biology).  Now PatientsLikeMe has announced the expansion of its data-sharing platform to collect detailed phenotypic data and identify families with a specific disease history who would be interested in having their whole genome sequenced for use in scientific studies.  With low-cost whole-genome sequencing very near and a huge database of patient-members who have already acknowledged a family history of disease, plus a base in the original genome-sequencing capital of the US, PatientsLikeMe's positioning in the genome research field makes good sense for business, for their members, and very likely for future science research.

In 2009, PatientsLikeMe testified before the National Committee for Vital and Health Statistics on the future of e-healthcare and the critical importance of returning the patient to a central position in the US healthcare system.

Other instances of social networking and science research:

If you are a researcher in the life sciences or a supplier of science equipment, you can benefit from the quality face-to-face networking opportunities (that are very social) offered at Biotechnology Calendar Inc. BioResearch Product Faire™ events, Biotechnology Vendor Show™ exhibits, and Front Line targeted product shows.  In business for 18 years, and recognized and respected on research campuses across the United States, we'd love to see you at our next event in your area.  See our schedule here!

What do you think of this use of social media for science research data collection? What other scientific applications are there that you know of?  Start the conversation below.