This new therapy is just one of many examples of the exciting work being done by UCLA life science researchers to improve the effectiveness of cancer therapies and reduce side-effects through nanotechnology. It is the UCLA Jonsson Comprehensive Cancer Center that uses cutting edge nanotechnology to develop innovative cancer therapies.

According to UCLA, the new nanodiamond delivery system is not only more effective at treating one of the most dangerous forms of cancer, but it also has much fewer side effects than current treatments. 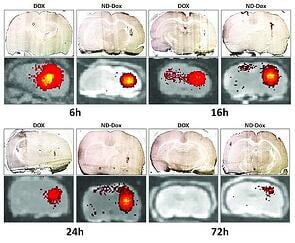 The research was conducted collaboratively by Dean Ho from the UCLA School of Dentistry as well as several other researchers from the Northwestern University Feinberg School of Medicine and the Lurie Children's Hospital in Chicago. Their research findings were recently published in the journal Nanomedicine: Nanotechnology, Biology and Medicine. Ho is also the co-director of the UCLA Weintraub Center for Reconstructive Biotechnology.

This treatment technique is especially effective at treating glioblastoma, a common and dangerous form of brain cancer. The difficulty of treating this type of brain tumor is partially caused by the layer of protective blood vessels that surround the brain and make it difficult for chemotherapy drugs to penetrate and attack the tumor. Often, even if these drugs do enter through the barrier, they cannot remain concentrated enough to attack the tumor.

The nanodiamond delivery system developed by Ho and his collegues seeks to minimize this problem by helping chemotherapy drugs penetrate tumors and remain in enough concentration to damage the cancer. Proteins in brain tumor cells can easily repel chemotherapy, but they can’t expel nanodiamonds. The structure of these particles is designed in such a way that they bind tightly to the tumor and allow the chemotherapy agents to remain concentrated in the tumor for longer periods of time without affecting the non-cancerous tissue around the tumor.

So far, the life science researchers have designed the nanodiamonds to deliver the drug doxorubicin or ND–DOX. This is one of the most common chemotherapy agents that has been shown to be potentially effective at attacking numerous forms of cancer. It has been used to treat brain tumors through direct injection of the drug into the tumor. Ho and his team used a similar injection method to introduce the ND-DOX to their rat test subjects, but attached the drug to their new nanodiamond structures. The tests showed that the combination of the nanodiamonds and the ND-DOX was far more effective at attacking the tumor than just ND-DOX on its own. 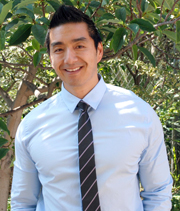 Ho summed up the significance of this new research direction: "Nanomaterials are promising vehicles for treating different types of cancer, we're looking for the drugs and situations where nanotechnology actually helps chemotherapy function better, making it easier on the patient and harder on the cancer."

For information on exhibiting at this life science marketing event and a 1-page funding report, click on the button below.