An initial $1.7 million was awarded to Dearing to research the guts of plant-eating rodents such as woodrats and look for diversity of microbes in the system that helps break down toxic chemicals in the rodents’ plant food. Other researchers working with Dearing on this study will include Robert Weiss, a professor of human genetics at the University of Utah, and Colin Dale, and associate professor of biology at the University of Utah. Dearing’s study may uncover new probiotics that will be helpful for human digestion.

Another grant worth $1.37 million in life science funding was awarded to Dale Clayton to research the way bird lice evolve when they move from one species of bird to a different bird host. Two other researchers will be working with Clayton on this project, including Sarah Bush, an assistant professor at the University of Utah, and Michael Shapiro, an associate professor at the University of Utah. Clayton expects his study have an effect on the general knowledge of parasites and human and animal health.

The National Science Foundation gave away a total of 13 grants worth $25 million through its program that aims to study Earth’s biodiversity, which is negatively affected by climate change and habitat loss. This NSF program is in its fourth year of providing life science research funding to scientists across the country. 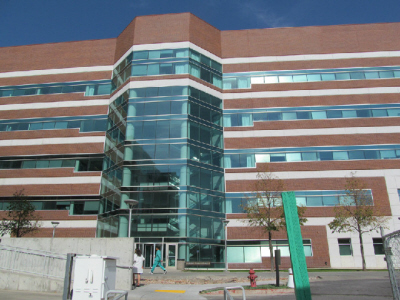 If you are a lab supplier working to sell lab equipment to researchers with available life science funding in Utah, Biotechnology Calendar, Inc. invites you to attend our University of Utah life science events. Our annual Salt Lake City BioResearch Product Faire™ Event will be held on October 30th, 2014. In 2012, the Salt Lake City BioResearch Product Faire™ Event attracted 200 attendees, of which 56 were purchasing agents, professors and post docs, and 20 were lab managers. The attendees came from 15 research buildings and 28 departments around campus.

Biotechnology Calendar, Inc. is a full-service science research marketing and events-planning company that organizes life science events at top research institutions nationwide. If you would like to sell lab equipment to researchers with available life science research funding at life science events closer to home, we encourage you to view our 2014 calendar of events. For more information about the Salt Lake City BioResearch Product Faire™ Event or detailed funding statistics on the University of Utah, click on the button below.