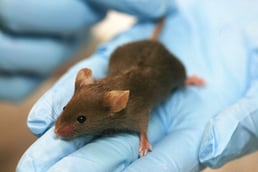 In 2013, president Barack Obama initiated a public-private partnership - the BRAIN Initiative - to provide more funding and opportunities for institutions and organizations to study the human brain. This project is led by the National Institutes of Health and includes a new five-year collaborative project, the BRAIN Initiative Cell Census Network consortium that is aiming to identify all cells in a mouse brain to create a catalog of these cells.

Most recently, researchers from the University of Southern California Keck School of Medicine joined this consortium with the assistance of $19 million to fund their portion of the project. (Image courtesy of Rama via Wikimedia Commons)

Professor Dong said: “When scientists first began studying the brain, we divided it into lobes. Then we began classifying it into progressively smaller regions. Now we’re looking at groups of cell types and even individual cells.”

Led by professor Hong-Wei Dong, the USC team will identify different cells in the mouse brain, followed by finding investigating their basic functions, structure and finding connections between cells. Once connections are identified, the researchers will dig deeper into how these connections contribute to different diseases.

Director of the USC Mark and Mary Stevens Neuroimaging and Informatics Institute, Arthur Toga, explained of the project that: “We’re creating a classification system for a finer level of detail than we’ve ever tackled before. In the process, we’re developing data sets and tools essential to illuminating the structure and function of the brain.”

By using the world-class facilities available at USC like the USC Center for Integrative Connectomics, Dong and his team will have access to cutting-edge technology to assist in their analysis and data collection, that will be used to further the work of all the institutions and researchers involved in this consortium. 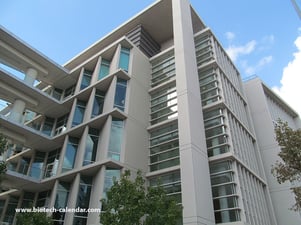 USC scientists tackle tough problems in all fields of the life sciences, and receive an immense amount of funding each year to help with this work. In the 2016 fiscal year, USC received more than $212.1 million in funding from the NIH alone, and researchers at the university currently has $312.7 million in active funding. Departments at the university receiving substantial amounts of this funding include:

With so much funding coming in each year to support ongoing research projects, and to establish new projects, USC is a strong marketplace for lab supply companies to find new scientific product sales leads. Biotechnology Calendar, Inc. produces two BioResearch Product FaireTM Events at USC, one in Spring and one in Fall, that give USC researchers the chance to find new products and technologies that will help them in their labs. Lab suppliers have the chance to meet with these researchers face-to-face in an intimate and professional environment to help researchers find the products they need.

Last year's two events attracted a total of more than 400 researchers. Nearly a quarter of these attendees were decision makers, and the rest were all involved in the research process.

The next event at USC, the 17th Semiannual BioResearch Product FaireTM Event, will take place on March 28th, 2018. Both researchers and lab supply companies are invited to attend this popular event.

If you are with a lab or chemical supply company or are a researcher, visit the appropriate button below to learn more about participating in this popular event: