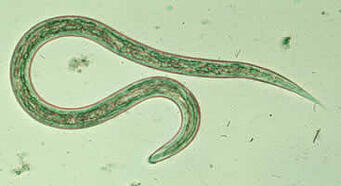 Researchers at the University of Massachusetts are taking on a parasite that continues to wreak havoc in tropical climates and developing countries.

According to the Center for Disease Control, an estimated 576-740 million people in the world are infected with hookworm. The larvae mature into a form that can penetrate the skin of humans, and are mainly acquired by walking barefoot on soil contaminated with hookworm larvae. Parasitic hookworms live in the small intestine, causing gastrointestinal problems sometimes leading to blood loss and anemia, in addition to protein loss which leads to stunted physical and intellectual growth in children.

In collaboration with scientists at Cornell University, UC San Diego and the California Institute of Technology, researchers at UMass Medical School have sequenced the genome of the hookworm Ancylostoma ceylanicum.

The genome will help researchers find genes active during infection and devise new drugs or vaccines that target these genes.

“The health burdens associated with soil-transmitted hookworms, especially in developing countries in Africa and the tropics are enormous,” said Raffi V. Aroian, PhD, professor of molecular medicine and co-author of the study. “The only drugs we have to combat these parasites were developed to treat farm animals and are only partially effective. There is a tremendous need for a treatment for hookworms in humans that is safe, effective and affordable in the world’s poorest countries.”

People most commonly infected with hookworms typically reside in poverty-stricken areas with poor sanitation and are exposed to the worm through contaminated soil or food. Common in the American south 100 years ago, hookworms were virtually eradicated in the United States through improvements in sanitation and public health efforts during the early part of the 20th century.

One species of hookworm, A. ceylanicum, can infect and thrive in animals other than humans, such as rodents, making it a good experimental model for studying potential drugs and vaccines.

“For this to happen, we first have to know as much as possible about A. ceylanicum’s genes and the proteins they make,” said Erich M. Schwarz, PhD, senior research associate at Cornell University and co-author of the study. “Until recently this would have been a very expensive and difficult undertaking, but next-generation technologies for analyzing DNA have made it possible for a small number of scientists to sequence and characterize the entire genome of an animal.”

According to a university press release, the researchers isolated and sequenced DNA and RNA from hookworms during different stages of infection. The results of their study showed that the A. ceylanicum genome constrains 313 million nucleotides, with 30,738 genes that encode for proteins and show gene activity. Researchers were also able to identify specific genes involved in infection, including three large families of previously unknown proteins that are strongly synthesized during three different steps of infection. They also found more than 70 genes that likely encode for proteins that the worms need to survive but which are absent from mammals, making them possible drug targets. Finally, they found five genes that are extremely active in adult worms and are promising targets for vaccination because they are likely needed for feeding.

“The sequencing of A. ceylanicum adds to a growing number of genomes for parasitic nematodes that collectively infect over a billion people worldwide,” said Dr. Aroian. “These genomes are crucial for inventing new drugs and vaccines against parasitic nematodes that rapidly evolve drug resistance and plague large populations in developing countries. With these new genomes we can begin rationally designing and testing treatments in the laboratory that can potentially benefit millions of people.”

For their studies on tropical diseases and parasities, Aroian and company netted at least three seperate National Institutes of Health grants in FY 2014-15, totalling more than $930k. Researchers at the University of Massachusetts are making many other important advances in life science research, as well. UMass scientists make use of top-notch facilities to further their important work at both the University of Massachusetts Medical School in Worcester and at UMass, Amherst. 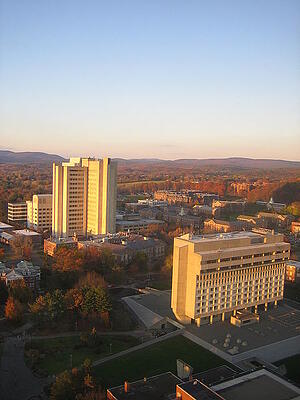 As top-rated research facilities, UMass campuses are poised to make use of millions of dollars in annual funding for life science research. Among the most important items purchased every year by scientists at UMass are the cutting-edge biotechnologies and lab supplies that are vital for continued excellence in life science research.

UMass’ science community has an excellent opportunity to network and gain access to the latest biotech at the 1st Annual BioResearch Product Faire™ Event at University of Massachusetts, Amherst. By popular demand, this event was created to bring together researchers with the top suppliers in the nation, in order to make use of research funding in the most efficient way possible.

Some recent examples of UMass research funding include:

Attend the premier biotech event at UMass, Amherst on June 11, 2015 to gain access to some of the nation’s top-funded researchers and the latest biotech and lab supplies.

This event will bring together hundreds of life science professionals from dozens of UMass science departments. For more information about attending this important inaugural event, please click the appropriate link below: