Geckos are fascinating creatures. They walk up walls and upside down effortlessly, seemingly mocking those bound to the ground. Though bioresearchers have studied gecko feet extensively to demystify their secret power, it is still not clear whether a gecko can adhere to surfaces without trying or whether it has to put in muscular effort. To find the answer, a team of biologists at the University of California, Riverside conducted a study to test whether death affects a gecko’s adhesive ability.

We already know that the “stickiness” of geckos’ feet actually comes from tiny hairs on their toe pads called setae. Setae adhere to surfaces by frictional forces and forces between molecules. They are so strong that a single five-toed gecko foot, equipped with millions of setae, can support 20 times a gecko’s body weight.

The question that remained contested in the gecko literature was how much effort the geckos need to put in to “activate” the setae and cling to surfaces. UC Riverside assistant professor of biology Timothy E. Higham found the answer to this question by testing how well dead geckos could stick to surfaces. For the experiment, the team developed a controlled pulling system that measures the force needed to pull a gecko off of an acrylic sheet.

In a recent UCR press release, Higham reveals that “[w]e found that dead geckos maintain the ability to adhere with the same force as living animals, eliminating the idea that strong adhesion requires active control.” In particular, the team “found no difference in the adhesive force or the motion of clinging digits between our before- and after-death experiments.” This implies that the setae themselves are so intrinsically adhesive that the gecko can walk wherever it likes and effortlessly stick to any surface. 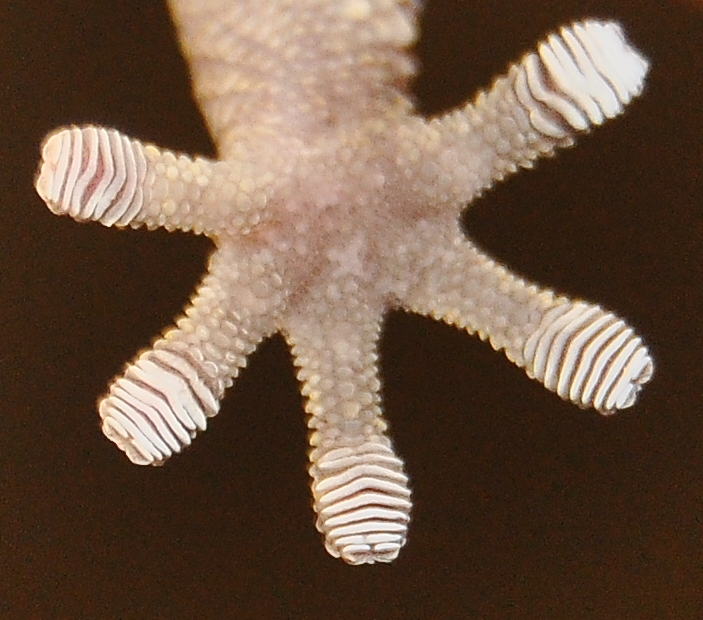 Higham’s work opens up a new world of applications since the anatomy of the toe pads can be replicated much easier than the muscular movements of the gecko. The setae may see application on a large scale, like in handwear and footwear for humans, or on a small scale, like in grafting.

This study was supported by a grant from the NSF. To read more about the funding of research on the UC Riverside campus, read our free UCR Funding Report using the button below:

Biotechnology Calendar, Inc. makes an appearance at the University of California, Riverside campus each year for its BioResearch Product Faire™ Event at UC Riverside, held next on August 19, 2015. If you happen to be in the Southern California area next week, we will also be hosting the Biotechnology Vendor Showcase™ Event at UC San Diego on the UCSD campus the next day, August 20, 2015. Biotechnology Calendar, Inc. is a full service event company that has produced on-campus, life science research trade shows nationwide for the past 20 years. If you are a university researcher or a laboratory product vendor, consider attending one of our on-campus trade shows by either using the buttons below or viewing our 2015 schedule of events.