Turning on the Fat-Burning Gene at USC

As we usher in the new year, many resolve to burn off the fat they stored up during the holiday season. We talked about how biotechnology can help with this endeavor last year in our article about burning fat like a squirrel. Just in time to ring in 2015, the University of Southern California has released a study about a revolutionary way to control fat storage. 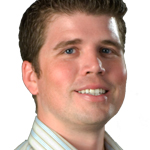 The secret lies in a protein called Maf1, which regulates protein production in the cell. “We’ve known about Maf1 for over a decade, but so far people have only studied it in single cells, where it is known to regulate protein synthesis,” says Sean Curran, a professor at USC who specializes in biogerontology, biochemistry, and molecular biology. “No one really looked at its effect on the whole organism before.”

Believing that there might be more to discover about Maf1, Curran and his team studied the protein’s role in a C. elegans worm. They found that adding an extra Maf1 protein decreased the worm’s fat storage by 34 percent. In addition, suppressing the gene for the protein increased fat storage by 94 percent. This suggests that increasing the amount of this protein (or perhaps simply its gene expression) would decrease the amount of fat a human keeps on his or her body.

As if regulating fat storage wasn’t exciting enough, the team also found that Maf1 changes the lipid metabolism in cancer cells such that tumor cells are suppressed. “It’s really exciting to find a completely new role for such a well-studied molecule,” says Akshat Khanna in a USC press release. Khanna is a USC graduate student who collaborated with Curran on this study. The team plans next to study the effects of this protein in mice and eventually in humans.

The research was supported by the National Institutes of Health, the American Heart Association, The Ellison Medical Foundation and the American Federation of Aging Research. For further reading about grants and funding for studies by the University of Southern California, check out our complimentary USC Funding Statistics Report, accessible via the button below.

If you are a laboratory supplier in the LA area who would like to boost awareness of your products and increase scientific sales, plan to attend Biotechnology Calendar, Inc.'s next BioResearch Product Faire™ Event at the University of Southern California, Health Science Campus. This event is held semiannually on the USC Health Science campus and is planned to happen next on April 3, 2015. If you are planning to be in the Southern California area in early April, we will also be hosting the Los Angeles Biotechnology Vendor Showcase on the day before the event, April 2nd.

Biotechnology Calendar, Inc. has been bringing life science research trade shows to top research campuses for 20 years now. To reserve space for our USC show or our LA show, please click the appropriate button above. If you’d like to attend a show closer to home, please see our 2015 schedule of events to find a show at a university campus near you.