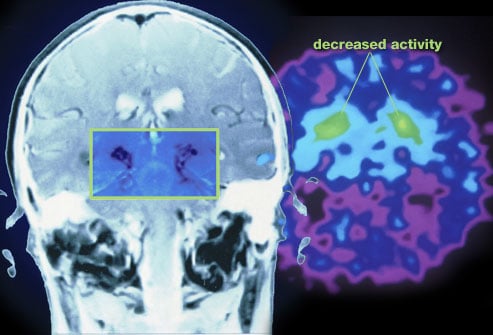 Currently, there is no definitive test for diagnosing Parkinson’s. In addition, the most recognized symptom, muscle tremors, does not present until the later stages. Early signs, such as slowness of voluntary movement, decreased facial expression, soft speech, and shuffling gait arise so gradually and are so subjective that they are often ignored. As a result, the disease often progresses unchecked.

Researchers at the University of California San Diego School of Medicine are working to change that. Thanks to a $375,000 grant from the Michael J. Fox Foundation for Parkinson’s Research (MJFF), study leader Paula Desplats, PhD., and her co-principal investigator, Travis Dunckley, PhD., hope to make early diagnoses possible by identifying a biological signpost in the blood.

According to the university’s newsletter, “The novelty of the UC San Diego study is that researchers will investigate DNA methylation in the blood as a potential signature or biomarker of Parkinson’s disease. DNA methylation is an epigenetic signaling mechanism used by cells to switch genes on and off, thereby affecting the cell’s physiology.” 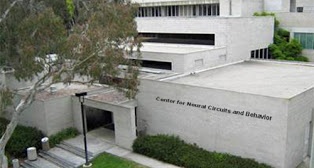 Current diagnostic methods, which involve the physician interviewing the patient and family and conducting a basic neurological exam, are time-consuming and rely on self-reporting. Even in the most experienced practitioner’s hands, the process is not as definitive as a blood test would be. This has led to the disease being underdiagnosed or misdiagnosed.

While there is no cure for Parkinson’s, there are many treatment options and the earlier the treatment begins, the more likely it is to be successful in slowing the progression of the disease. For example, one factor is exercise. According to the National Parkinson Foundation, a comprehensive study of ten thousand patients found that those who exercised at least two and a half hours a week maintained a better quality of mood, movement, and social interaction. Furthermore, the earlier they started an exercise program, the longer progression of the disease was slowed.

The other major advantage to an early diagnosis is that it gives patients a chance to make treatment choices and create a care plan for themselves before being impaired by the disease. Empowering people with Parkinson’s is a priority for the MJFF. Michael J. Fox has done a great deal to increase awareness about the disease, and his foundation funded one of the studies that the research Deplats and Dunckley are conducting is based on.

Desplats says that the results were “. . .highly sensitive and specific. We found a group of genes that, when taken together, show a particular pattern in Parkinson’s disease. They [MJFF] invited us to continue.” The new study starts this month, and researchers expect to release the results as early as 2017.

The search for a Parkinson’s biomarker is just one of many exciting research projects happening at UCSD School of Medicine. Related research programs include their Movement Disorder Center, Huntington’s Disease Center, and Alzheimer ’s Disease Cooperative Study. With so many research projects being conducted at the university, the need for specialized equipment is ongoing.

Twice a year Biotechnology Calendar Inc. hosts a vendor showcase where laboratory equipment suppliers can connect with UCSD researchers and lab managers on campus. The 41st Semiannual Biotechnology Vendor Showcase event at UC San Diego will be held on February 11, 2016, and the 42nd Semianual Biotechnology showcase will be on August 25th, 2016.

The vendor showcase gives laboratory suppliers the opportunity to meet with some of the 1,400 physicians and researchers who make up the UCSD faculty. At this event, suppliers can demonstrate their products and build relationships with the researchers who will put their equipment to use.

UCSD researchers are invited to attend the event for free, so they can familiarize themselves with the latest innovations. According to the Association of American Colleges, in 2013 UCSD faculty was ranked third nationally in dollars of research funding per faculty member. Laboratory supply companies interested in displaying new products and services should contact Biotechnology Calendar Inc. today.