It happens to everyone: you open the fridge, excited for a slice of delicious cheese, only to find fuzzy mold growing on your food. As tempting as it may be, eating the seemingly clean, not moldy parts is not advisable, according to a paper recently published from Michigan State University, which explains a newly discovered link between moldy food and liver cancer. It goes on to provide direction on the best ways to mitigate the effects of such mold as well as to reduce the population’s intake of mold in the first place.

Liver cancers are caused in large part by a food-born chemical known as aflatoxin. It is the single largest risk factor for liver cancer, accounting for around 28 percent of worldwide afflictions. “Our studies to this point suggest that up to 155,000 cases of liver cancer per year come from aflatoxin exposure in the diet,” says Felicia Wu, Ph.D., who led the MSU study. “The majority of cases occur in sub-Saharan Africa, southeast Asia and China and parts of Central America.”

Curious as to where this aflatoxin was coming from, Wu and her team investigated food suppliers to some of these regions. They concluded two things: first, that the carrier of aflatoxin was none other than fungal mold; and second, that there were several steps in the process of bringing food to the table that played a role in allowing the mold to thrive. For instance, cramped and stressed plants are more susceptible to mold while being grown in fields. Keeping crops happy and healthy is key to keeping them mold-free. Food storage is also extremely important, as damp conditions (both in food storage warehouses and in the homes of consumers) allow molds to thrive. 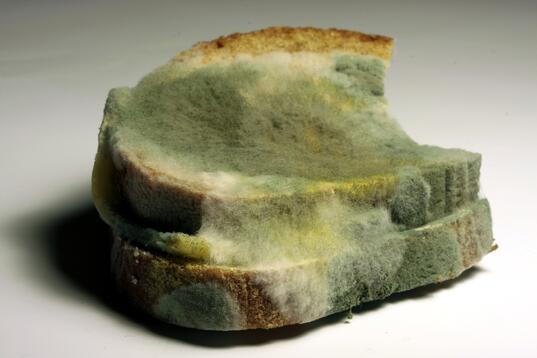 Of course, a consumer only has so much control over the moldiness of the path their food takes to reach them. Wu’s team pressed onward to find ways to tackle mold once it gets here. “Essential amino acids and other compounds in leafy greens and vegetables and legumes can actually help negate dietary toxins,” she says in a recent MSU press release. In addition, she has found that immunization to hepatitis B virus makes the body more resistant to aflatoxin. Wu plans to use these facts to work towards pharmaceutical therapies, but in the meantime she is focused with encouraging people in both first-world and developing countries to diversify their diet and take advantage of available immunizations.

This study was supported by grants from the NIH. For more information on the grants MSU earns with its outstanding research, peruse our free Funding Statistics report, below:

Biotechnology Calendar, Inc. pays a visit to Michigan State University each year for the East Lansing BioResearch Product Faire™, a life science event held right on the university campus. Make sure to mark your calendar for July 22nd, 2015 when we next return to MSU. Biotechnology Calendar is a full service event company that has produced on-campus, life science research trade shows nationwide for the past 20 years. We plan and promote each event to bring the best products and services to the finest research campuses across the country. If you are a university researcher or a laboratory product vendor, consider attending one of our on-campus trade shows: here is our 2015 schedule.