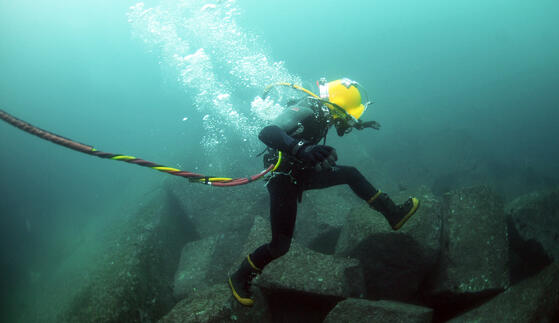 One disease that has maintained its potency to a large degree over the years is the famous tuberculosis. TB was responsible for the deaths of 1.4 million people worldwide in 2011 and afflicted 7.3 million others, according to the World Health Organization. This places it second only to HIV as the world’s most deadly infectious disease. Since it has been around for so long, TB has evolved strains which have tolerance to many of the most common antibiotics, making it especially difficult to treat new outbreaks.

In order to find a novel approach to fighting tuberculosis, Professor Murphy (pictured left, courtesy of UIC) travels around the world to obtain samples of actinomycete bacteria. He has collected nearly 1000 different strains of these bacteria to date, which produce over 1200 different kinds of biochemicals. He has gone diving off the coast of Massachusetts, Maine, Florida, and Vietnam, but has had the most recent success in the freshwater of Michigan’s Great Lakes. In a UIC news release, Murphy claims that “Freshwater environments are a new frontier for drug-lead discovery,” largely due to the special kinds of bacteria that can be found there.

“Actinomycetes have the ability to produce molecules that have a high potential for use as medicines, and very little is known about these bacteria in such environments.”

In fact, Murphy and his team have isolated eight strains of actinomycete that directly target tuberculosis.  The biochemicals these bacteria utilize have “drug-like potency,” and as a result the UIC team is working towards production of drugs with these unexpected compounds. One group that eagerly awaits the release of such a drug is the United States military, which is often stationed in countries where TB infection rates are higher than in the United States. To that effect, the voyages and research of Murphy and his team are funded by a three-year, $1.1 million grant from the Defense Department. To read more about the funding of research at the University of Illinois Chicago, click the button below for a free report:

Biotechnology Calendar, Inc. will be at the UIC campus for its annual Chicago BioResearch Product Faire™, which will be taking place once again on May 2nd, 2013. If you're in the area, consider also attending the Urbana-Champaign Bioresearch Product Faire™ the day before, on May 1st. Biotechnology Calendar, Inc. is a full service event company that has produced on-campus, life science research trade shows nationwide for the past 20 years. If you are a university researcher or a laboratory product vendor, consider attending one of our on-campus trade shows: here is our 2013 schedule.