Autism is a neurological disorder characterized by impairments in social interaction, communication and repetitive behavior. Between one-third and one-half of people with autism are not able to use their natural speech well enough to fulfill their daily communication needs. Difficulties in communicating may exhibit themselves as early as the first year of life and may include delays in the beginning of babbling, unusual gestures and reduced responsiveness.

At the age of two to three years old, autistic children less often babble or use consonants, words and word combinations. Their gestures are also less frequently used with words. Autistic children are not as prone to making requests or sharing experiences as other children are, and they often simply repeat others’ words. They also often have trouble with imaginative playing and translating symbols into language.

At the University of Illinois at Chicago, an experimental drug that works towards treating social withdrawal in autistic children and young adults is being investigated in a clinical trial. According to the UIC website, a drug treatment that would attend to symptoms that are “often disabling for patients and families” is necessary, says Dr. Edwin Cook, professor of psychiatry and director of autism and genetics studies at the University of Illinois at Chicago.

One-hundred and fifty participants with autism spectrum disorders between the ages of five and 21 will be evaluated in the clinical trial to test the effectiveness, safety and acceptability of the drug STX209, also known as Arbaclofen. Patients in the 22-week clinical trial will be randomly given either Arbaclofen or a placebo. The study will involve screening, treatment, withdrawal of medication and a follow-up period. Patients who finish the trial in its entirety may be allowed to enroll in a later open-label study in which all patients receive Arbaclofen. 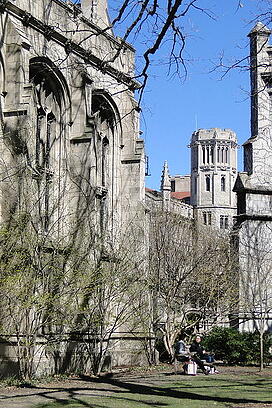 University of Illinois at Chicago

"This trial is exciting because it represents the culmination of 20 years work in Fragile X research," Cook said. "We're not expecting this to cure Fragile X or autism, but it's a very important step in the development of new treatments… Finding genes is great, but it's all about treatment."

On May 2, Biotechnology Calendar, Inc. will hold its annual Chicago BioResearch Product Faire Event at the University of Illinois at Chicago. Last year, the Chicago BioResearch Product Faire Event attracted over 404 attendees. Of the 404, 139 were purchasing agents, professors and post docs, and 52 were lab managers. The attendees came from 25 different research buildings and 59 departments around campus. Biotechnology Calendar has been bringing life science research trade shows to top universities across the country for twenty years now. If you are a life science laboratory supplier, service provider, or potential exhibitor, we invite you to click below to reserve a space.