The University of Wisconsin has received research funding and an offer for a long-term partnership from Johnson Controls Inc., a high profile, Wisconsin based corporation that specializes in the development and production of high-tech batteries that will power the cars of the future.

Johnson Controls Inc. and the University of Wisconsin system have announced plans to create at least three labs-- the first, at the Milwaukee College of Engineering and Applied Sciences, is already built and currently houses eight research projects aimed at determining the best materials for future batteries.

The second lab is under construction at the same site.  Students and engineers will be able to prototype and test batteries in the second lab's highly controlled environment.

Mary Ann Wright, vice president of innovation and technology at Johnson Controls' Power Solutions business said, "This is long-term play," because energy storage is, "the powertrain of the future."

The partnership is aimed at developing the next generation of engineering students who want careers in energy power storage and battery development for new cars.

"The battery has really become the heart of the vehicle," Wright said, referencing the move toward green technology and high fuel efficiency standards. "The technology advancements are going to continue, and they're going to accelerate,"

According to Michael Lovell, Dean of UW-Milwaukee and PhD. in Mechanical Engineering, "There is no other academic institution in the country that has this type of facility."  Highly controlled environments that are this technologically advanced are typically only found at national energy labs or corporations. 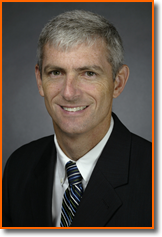 Johnson Controls, in collaboration with UW, can test many different materials at an early stage of battery development using the university labs.  Commercially viable designs can then be developed at the Johnson Controls Battery Technology Center.

"The importance of storage devices and batteries... going forward cannot be overemphasized, if we're going to go for more sustainable energy," said Paul DeLuca Jr., a UW- Madison provost. "The keys to that advancement are our initiatives to manage and store energy."

If you are a supplier of research equipment or a research scientist and would like to meet and network with others in the Madison science research community, plan on attending one or both of the upcoming Biotechnology Calendar, Inc. tradeshow events in Madison this September 7th and 8th, 2011: