The smartphone is perhaps one of the most widely used pieces of technology in the modern world. The rapid expansion in the computer science fields of these devices, such as Apple's iPhone, is focused upon the phone's abilities to produce smartphone applications, more commonly known as "apps". 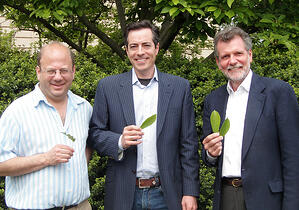 A specialist in face recognition and computer science, Professor Peter Belhumeur was inspired by his 8-year-old son, William Belhumeur, to create a new app that applies the same algorithms involved in facial recognition to the color, shape, and texture of a leaf. Collaboration with computer scientist David Jacobs (University of Maryland) and  research botanist and curator John Kress (Smithsonian Institute) soon lead to Belhumeur's new application.

This new app, LeafSnap, endows the smartphone user with an electronic field guide to identify botanical species both in the New York and D.C. areas; however expansion to the trees and leaves in the entire United States is in development.

By tasking Belhumeur's numerous students to gather samples of over 145 species in Central Park, the team compiled a basic database for the New York area by photographing each individual species and its multiple shape-variations. For example, a leaf's shape is the easiest to characterize as it is the plant's least variable feature. Once a photograph is sent to the computer, then the computer performs an elimination process to categorize each plant.

"The computer basically ranks images by most similar to least similar...We pick one feature we extract from the leaf, and using that we can say 'This looks more like all of these maples I've seen and less like something else,'" comments Ph.D. candidate Neeraj Kumar, leader of the student volunteer team and manager of LeafSnap's software coding. 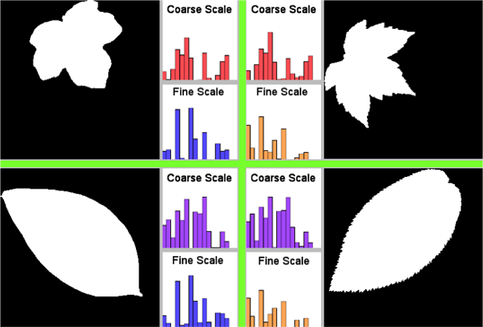 Initial interest has spiked up to 150,000 installations, and is expected to rocket proportionally to exposure of LeafSnap in the United States. Belhumeur emphasizes the need of the system "because species are disappearing off the planet at an alarming rate, and the process of identification is very slow".

Optimistically, this app will lead to new and more innovating discoveries and developments in both the botanical, computer, and life science fields.

If you are a Columbia University scientist interested in learning about the latest laboratory supplies in your field, or a local laboratory supplier looking to network with these and other top university researchers, attend Biotechnology Calendar, Inc.'s BioResearch Product Faire™   tradeshow event at the Columbia University Medical Center on October 18th, 2011. Click the link below for more information on this upcoming event.