A team of Genomics Researchers at the University of Washington, Seattle have recently uncovered several sporadic gene mutations in the protein producing areas of the genome, called the exome, that may be linked to autism spectrum disorders. The scientists used the latest molecular biology techniques as well as parallel sequencing to simultaneously examine the exomes of several children with a certain form of autism.

The research was led by Brian O’Roak, Evan Eichler, and Jay Shendure of the UW Department of Genome Sciences. It was primarily funded by the American Recovery and Reinvestment Act as well as the NIH. 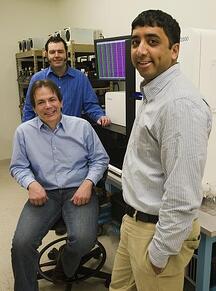 The UW genomics researchers used a technique called trio-based exome sequencing to compare and examine the exomes of 20 families. The method involves simultaneously sequencing the genomes of a child and both their parents in order to look for new mutations in the children. The researchers found 21 new sporadic mutations in the exomes of the children, of which 11 had an effect on protein production. 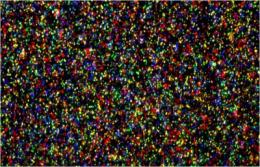 The reasons for sporadic mutation is still unknown, but this UW genomics study has identified several risk factors. The scientists were able to trace the origin of the mutations back to the father's genome and, in one case, to the mother's genome. This is consistent with population studies that have shown that children with older parents, particularly older fathers, are more at risk for autism. Eichler suggested that this trend may be caused by the increased likelihood of certain genetic mutations during sperm formation that comes with aging.

The researchers hope that the data gathered in this study will help with understanding the biology and causes of autism while suggesting new research directions and possible treatments.

If you are a life science researcher interested in seeing new laboratory research products attend Biotechnology Calendar, Inc.'s BioResearch Product Faire at UW on October 27, 2011. Suppliers of laboratory equipment are invited to showcase their products in a streamlined vendor show environment. For more exhibitor information and UW research and funding statistics, click the buttons below.