This quote by  Dr. Francis Collins (Director of the National Institutes of Health), is a prime example of the extent of aid going into research and clinical trials by researchers studying and working to treat Alzheimer's disease.

The University of Southern California is leading this effort with team members from the School of Pharmacology and the Keck School of Medicine working on clinically testing allopregnanolone, a brain steroid, and its effectiveness in treating Alzheimer's disease. USC's project,  “Allopregnanolone Regenerative Therapeutic for MCI/Alzheimer’s: Dose Finding Phase 1,” is leading the research on this steroid, fronting the first clinical trial aimed at understanding the safety and tolerability of allopregnanolone and its effects on mild cognitive impairment. 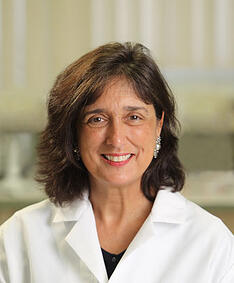 USC professor Roberta Diaz Brinton of the USC School of Pharmacy (right courtesy of usc.edu) is one of the researchers leading this proposed clinical trial, and she is very excited for what this brain steroid could reveal for the future of Alzheimer's treatments.

“Our research has shown that Allo activates neural stem cells in the brain to generate new nerve cells and to restore cognitive function while also reducing the pathology of Alzheimer’s. Allo is the first regenerative therapeutic for Alzheimer’s that has the potential to regenerate nerve cells and the pathways necessary for memory. We are excited to begin the clinical trial of Allo and to advance innovative therapeutic approaches for this devastating disease.”

Research at the University of Southern California by Professor Brinton has not gone unnoticed in the past because alongside this $2.4 million NIH grant, she has also received basic science grants to aid her research on other aspects of allopregnanolone’s mechanism actions in the brain. Brinton currently holds the R. Pete Vanderveen Chair in Therapeutic Discovery and Development at USC's School of Pharmacy. Alongside her financial aid from the NIH, her work is also supported by the Kenneth T. and Eileen Norris Foundation, the Whittier Foundation, and the Alzheimer’s Drug Discovery Foundation.

“The NIA grant provides an extraordinary opportunity to advance our discovery and translational research on allopregnanolone (Allo) to a clinical trial," Brinton continues.

Studies like this Allo clinical testing at USC are the reason the NIH has pledged $45 million in new funding to combat Alzheimer's disease. With researchers like Professor Brinton, Alzheimer's disease will soon be a worry of the past.

Lab suppliers working to meet researchers with available life science funding may want to learn more about the University of Southern California's recent research funding statistics. So far in 2013, the NIH has awarded USC nearly $200 million in research grants.

Biotechnology Calendar Inc. is a full-service science research marketing and events-planning company that produces life science events at top research universities nationwide. If you are interested in meeting researchers with life science funding at life science events closer to home, we encourage you to view our 2014 calendar of events. For more information on the University of Southern California Health Science BioResearch Product Faire™ Front Line Event, or to view more funding statistics for USC, click on the button below.