Every year many organizations throughout the United States receive awards from both the NIH and NSF. These awards provide necessary funding which gives scientists the ability to study anything from Alzheimer’s Disease, to Protection Against Inhalation Anthrax with Inactivated Spores. (Current Projects)

The awards are allotted according to NIH’s assessment and the numbers reveal some interesting facts: 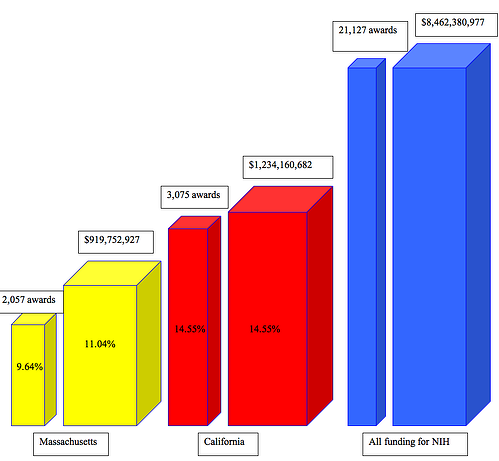 Within California, the funds are further split amongst the states congressional districts and the awards are allotted to multiple organizations within that district.

in California's District 53,  the top 20 allotments for funding goes to the following 3 organizations:


District 53 received 24.3% of awards for all of California and 26.3% for monetary allotments.

The project that received the most funding in District 53 also came from the University of California San Diego ($4,146,197) : Determinants of HIV Transmission. “Effective prevention strategies for HIV are critically needed, and an effective HIV vaccine is the best long-range hope to dramatically reduce the rate of new HIV infections.” 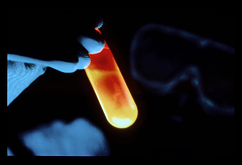 The project that received the most funding in District 30 happened at the University of California, Los Angles (7,305,339) for: Field Administration of Stroke Therapy-Magnesium Trial (Fast-MAG) “Stroke is the third leading cause of death and the leading cause of adult disability in the United States. Each year in the US, 795,000 Americans suffer a symptomatic stroke. The central aim of this proposal is to demonstrate that paramedic initiation of the neuroprotective agent magnesium sulfate in the field is an efficacious and safe treatment for acute stroke.” 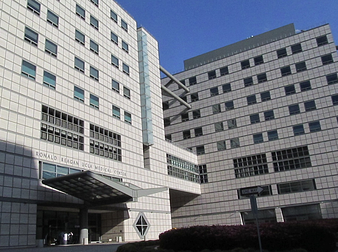 If you would like to connect with researchers at UCLA or UC San Diego click the buttons below: