Science researchers at Duke University recently conducted a study that found that patients with a high genetic risk of asthma were 36% more likely to develop severe life-long asthma than those who are not genetically at risk. The researchers said, however, that the research is still in its early stages and not yet ready as a reliable clinical test.

According to BBC News, the study identified 15 locations in the human genome that can be used as risk identifiers. Using this research along with information from a major health study from New Zealand, which examines 1,000 people since birth, the research scientists were able to compute a genetic risk score for 880 people.

After keeping track of asthma symptoms in the participants from early childhood through their late 30s, researchers found that those who had been identified as being genetically at risk were more like to have serious asthma through adulthood and that often, their lung function was impaired.

"We know that some children with asthma no longer experience symptoms when they reach adulthood, however... the underlying tendency still remains and so symptoms can still return in later life,” said from Leanne Reynolds from the charity Asthma UK. "This could mean that in the future we're able to identify those people whose asthma will put them at greatest risk so we can ensure they get the support they need." 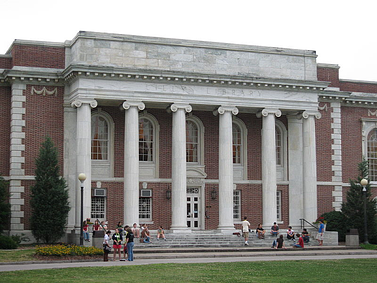 Biotechnology Calendar, Inc. is a full-service science research marketing and events-planning company that has been organizing life science marketing events at top research universities across the country for 20 years. If you are interested in increasing scientific product sales leads and marketing your life science solutions at life science marketing events closer to home, we encourage you to look into our 2013 calendar of events. For more detailed funding statistics on Duke University, or to learn more about the Duke BioResearch Product Faire™ Event, click on the button below.