People with progressive blindness conditions, such as retinitis pigmentosa, may see renewed hope for keeping their vision longer thanks to scientists at Harvard Medical School. 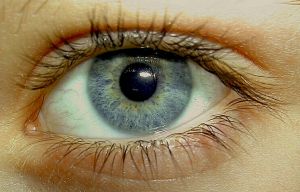 In diseases like retinitis pigmentosa (RP) and other progressive blindness conditions, excess oxygen causes the rods and cones that sense light in the eye to degenerate prematurely. Fortunately, geneticist Connie Cepko and postdoctoral researcher Wenjun Xiong have developed an antioxidant gene therapy that slows cone-cell death and prolongs vision in mouse models. The research team hopes the work will one day lead to new treatment options for diseases involving oxidative damage.

“People who have inherited disease genes that lead to blindness know it’s inevitable: They will lose vision. We don’t have good therapies in almost any case for them,” said Cepko, the Bullard Professor of Genetics and Neuroscience at HMS. “We’re studying how these diseases cause photoreceptor cells to die and whether there’s a way to save them.”

As it turns out, there is. Using three types of lab mice with gene mutations that cause RP in humans, the researchers developed a way to deliver antioxidant-producing genes via a viral shell directly into the eye.

According to a university press release, one pair of genes makes enzymes called SOD2 and catalase that sweep out particular reactive oxygen species from cells. Another two genes, Nrf2 and PGC1a, are transcription factors that turn on hundreds of other genes, including many antioxidant genes.

Results of the study showed that gene therapy worked to slow cell degeneration and preserve vision longer in the different RP mutations. The authors also said that the therapy showed potential in nerve crush conditions such as glaucoma and spinal cord injury.

“We think the vectors will probably work to reduce oxidation in any kind of cell,” said Cepko. “My gut feeling is we will need a combination therapeutic to give long-lasting photoreceptor survival,” she said. “It will be a long road, and it will take more basic science to figure out which genes and which animal models to use.” 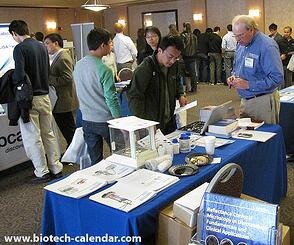 The research team received over $.5M in funding from the National Institutes of Health for this study, which was also supported by grants from the Howard Hughes Medical Institute and the Dr. Miriam and Sheldon G. Adelson Medical Research Foundation.

In addition to this breakthrough study on progressive blindness, scientists at Harvard are undergoing hundreds of other important research projects in all areas of life science. Harvard Medical School is a leading research institution with nearly 11,000 life science researchers who make use of the latest biotech and lab supplies every day.

Biotechnology and lab supply vendors interested in marketing their products directly to researchers from Harvard University in a popular on-campus event can attend the 9th Annual BioResearch Product Faire™ Event on June 10, 2015. This event attracts hundreds of the nations most prominent and well-funded researchers every year. For more information, click below:

Boston area researchers interested in attending this FREE event featuring the latest in biotech and lab supplies click below: