DNA is a lot like a genetic recipe: change up the order of the ingredients, and you might get an entirely different dish. At the University of Michigan, Ann Arbor, bioresearchers are cooking up some new results that better explain the effects of modifying DNA and what that means for evolution as a whole.

The research team used for their tests a baker’s yeast known as Saccharomyces cerevisiae. They selected for study a particular gene called TDH3 that helps the yeast convert sugar into energy. Then they “changed the recipe” by systematically swapping base pairs in the gene’s DNA and recording the effects on TDH3 expression. 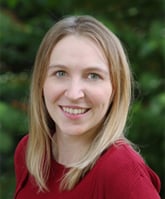 "Surprisingly, we found that most mutations didn't change the average expression of TDH3 but instead changed how variable TDH3 expression was among genetically identical cells," says Patricia Wittkopp (pictured left, courtesy U-M), an associate professor in both the Department of Ecology and Evolutionary Biology and the Department of Molecular, Cellular, and Developmental Biology.

"It would be as if you changed the recipe for a loaf of bread in a way that didn't change the average quality of the bread but instead caused individual loaves to be unpredictably good or bad," her graduate student Brian Metzger (pictured right, courtesy U-M) adds.

Basically, the study found that changing up the DNA made TDH3 expression less consistent, but didn’t outright increase or decrease it. The team compared their mutated yeast with wild varieties and found that natural selection has pared down the strains with variable TDH3 expression.

"These results tell us that the effects of mutations available for natural selection to act on can play a large role in how an organism evolves," says Wittkopp. In particular, the study suggests that nature seems to favor consistency in gene expression. The team looks next to find whether that holds true in more organisms and why such consistency would be so favorable. They are also interested in finding out whether altering the genetic recipe has the same effect in other organisms as in yeast.

This study was financially supported by the March of Dimes, Alfred P. Sloan Research Foundation, National Science Foundation, National Institutes of Health and U-M. For more detailed funding statistics regarding the University of Michigan at Ann Arbor, read on with our Funding Statistics and Vendor Show Info report:

Biotechnology Calendar, Inc. pays a visit to the University of Michigan each year for its Ann Arbor BioResearch Product Faire™ held annually. The next such show will be held on July 23rd, 2015. Biotechnology Calendar is a full service event company that has produced on-campus, life science research trade shows nationwide for the past 20 years. We plan and promote each event to bring the best products and services to the finest research campuses across the country. If you are a university researcher or a laboratory product vendor, consider attending one of our on-campus trade shows. You can click below to view pricing for the Ann Arbor show or have a look at our 2015 schedule for a wider geographic selection.