In just a few days Biotechnology Calendar Inc. will hold its annual UCSF Mission Bay laboratory product and technology Event where UCSF researchers get a chance to look at the new lab product technologies for 2013.  If you are a lab supplier  you will want connect with the high caliber, highly funded and very enthusiastic researchers at this top tier university. 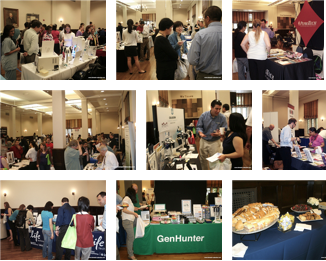 Here are 8 reasons you will want to attend this event.

1. Best on campus  sales and marketing event, which provides your company with excellent branding for your company and visibility for you products and gives you over 250 face to face meeting opportunities in less than 5 hours