Scientists have long known that schizophrenia is a hereditary illness that occurs in 1% of the general population, but in 10% of people who have a first-degree relative with the disorder, such as a parent, brother, or sister.

Although the exact causes and chemical structure of schizophrenia are still unknown, scientists think that an imbalance in the complex, interrelated chemical reactions of the brain involving the neurotransmitters dopamine and glutamate, and possibly others, plays a role.

To this end, the National Institute of Mental Health has granted the University of California, Davis $10 million for the development of the Silvio O. Conte Center for Basic and Translational Mental-Health Research. The center is one of only 15 in the United States and will conduct research on potential origins of schizophrenia.

According to a university press release, theories on causes of shizophrenia include the hypothesis that schizophrenia may originate from a dysregulation of immune molecules that play a key role in the normal development and functioning of connections in the brain. 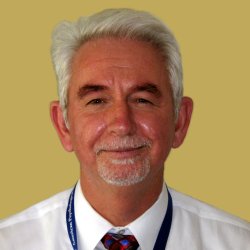 “This center brings together an exceptional team that exemplifies the collaborative culture of UC Davis, with investigators from multiple centers, departments and colleges at UC Davis and beyond, all working together,” said Cameron Carter, professor in the Department of Psychiatry and Behavioral Sciences and the principal investigator for the Conte Center grant.

“It places UC Davis in the upper echelon of mental-health research institutions in the world, and is testimony to the strength and depth of our basic and translational science enterprise,” Carter said.

The creation of the Conte Center represents the culmination of recent collaborations between researchers at UC Davis School of Medicine, the College of Biological Sciences, the College of Letters and Sciences, and the School of Engineering.  According to Carter, who is director of the UC Davis Imaging Research Center and Center for Neuroscience, the center also will create interdisciplinary basic and translational research opportunities for investigators in training.

In addition to groundbreaking new research in the fields of neurology and mental health, scientists at UC Davis are constantly making great strides in other fields of life science research, including cancer, vascular disease and infectious disease. 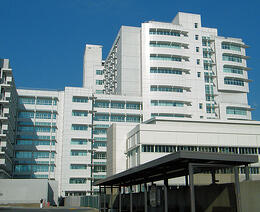 Two prominent researchers at UC Davis are under a microscope for their work in stem-cell biotechnology.

Researchers at UC Davis and other institutions have found that diets rich in whole walnuts or walnut oil, slowed prostate cancer growth in mice.

Researchers with the UC Davis MIND Institute will develop and evaluate tests designed to measure and track changes in the cognitive functioning of people who typically are difficult to assess accurately: those with an intellectual disability, formerly termed mental retardation.

As a leading medical research institution, University of California, Davis is poised to make use of millions of dollars in funding for important research every year. For example: 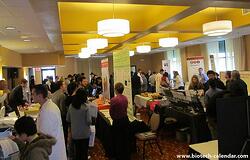 Biotechnology and lab supply vendors interested in gaining traction in this $200+ million marketplace will be attending the 16th Semiannual BioResearch Product Faire™ Event at The UC Davis Medical Center on June 2, 2015.

Last year, the BioResearch Product Faire™ Events at The UC Davis Medical center hosted over 300 attendees from 16 different research buildings and 25 on-campus departments to network and discover the latest biotech and lab supplies.

For more information about attending this event for free as a researcher, or promoting your products as an exhibitor, please click the appropriate link below: