Cannabidiol, also known as CBD, has been a topic of interest namely for its reputation of reducing chronic pain, inflammation, and discomfort. CBD is derived from a marijuana plant with at least 112 other unique chemical compounds, referred to as cannabinoids. Along with CBD, the other most commonly known cannabinoid is tetrahydrocannabinol, or THC, well known for its psychoactive properties that leave consumers with a “high” feeling. CBD, however, doesn’t produce these same “high” affects, so its addictive risk substantially decreases, therefore increasing its appeal in the medical field. #CBD #cannbidiol #research #funding

Research is currently underway at several universities across the United States to study cannabidiol’s health benefits as well as its other effects on the body. Just last year, the University of California at San Diego was awarded $4.7 Million to study CBD and autism, making it the single largest donation toward medical marijuana research ever in the United States. Currently, the University of California San Diego’s Center for Medicinal Cannabis Research (CMCR) is developing many studies to fuel the cannabis revolution. These studies include:

- The Effects of Cannabidiol on Anorexia Nervosa 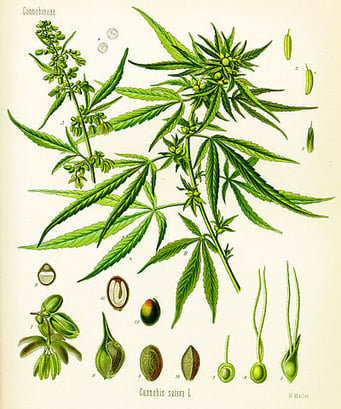 - The Effects of Cannabidiol on Symptoms of Severe Austism

- Cannabis Use and the Endocannabinoids on HIV Neuropathic Pain

- A Randomized, Cross-Over, Controlled Trial of Dronabinol and Vaporized Cannabis in Neuropathic Low Back Pain

Additionally, the University of Colorado, Anschutz has been moving forward with research largely as a consequence of support from the local government. In November, the Colorado Department of Public Health and Environment awarded a total of $2.7 million to the University of Colorado, Anschutz for two studies involving cannabis and cannabidiol. This amount is in addition to the $11.35 million already set aside to fund medical marijuana research by the state of Colorado. Much of this funding is driven by two things: the desire to find a way to safely prescribe medical marijuana to autism patients and the desire to regain control of the opioid crisis by considering medical marijuana as a replacement for opioid pain relief medications.

Cannabidiol has already suggested to be helpful to epilepsy patients, when last year the FDA approved a plant-derived Cannabinoid Medicine for the first time, EPIDIOLEX. The drug is now available by physician prescription for patients two years of age or older as a new treatment for two difficult forms of childhood-onset epilepsy, Dravet and Lennox-Gastaut syndrome. The drug is the first of its kind and significantly reduced the frequency of both drop and convulsive seizures.

Many universities across the country are taking part in the cannabis revolution. The University of Pittsburg, Thomas Jefferson University, The University of California Los Angeles, and The University of California Berkeley are all conducting medical marijuana research (see our blog on CBD research at UC Berkeley). This year, Biotechnology Calendar Inc is hosting BioResearch Product FaireTM events at each of these university campuses. If you are a laboratory supplier, consider booking booth space at these events. Attending these laboratory supply vendor shows affords you the opportunity to showcase your innovative products and help these researchers achieve their groundbreaking research goals.