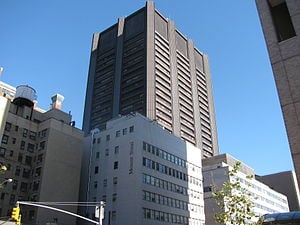 Mt. Sinai School of Medicine researchers Benjamin Chen, MD, PhD, Associate Professor of Infectious Diseases; Lakshmi Devi, PhD, Professor of Pharmacology and Systems Therapeutics; and lead author Cristina Maria Costantino, PhD (post-doc), have published a provocative paper in the journal PLoS ONE showing the role of cannabinoids and their immune receptors in actually inhibiting the spread of some forms of the AIDS virus. According to the paper's Introduction: "Few studies have investigated the impact of [cannabis-based] drugs in regard to viral pathogenesis or immune regulation." That is exactly what they do in this NIH-funded research.

Costantino says in an interview:

"We knew that cannabinoid drugs like marijuana can have a therapeutic effect in AIDS patients, but did not understand how they influence the spread of the virus itself. We wanted to explore cannabinoid receptors as a target for pharmaceutical interventions that treat the symptoms of late-stage AIDS and prevent further progression of the disease without the undesirable side effects of medical marijuana." 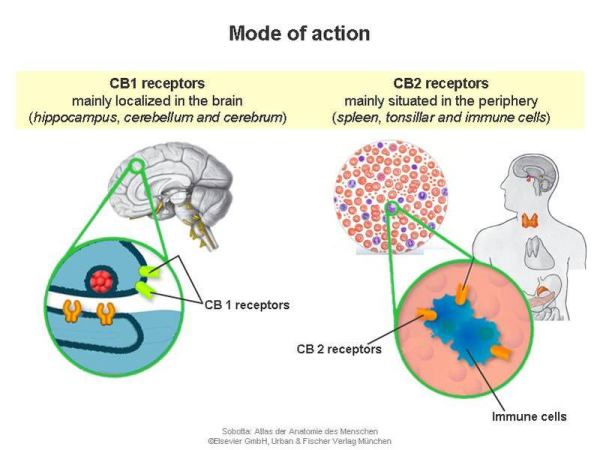 Scattered throughout the body, cannabinoid receptors come in two varieties, called CB1 and CB2. Most CB1 receptors are in the brain. CB2 receptors, most often associated with the immune system, are found all over the body. What the Mt. Sinai team wanted to do was to trigger the CB2 receptors but not CB1, which they did. In order for the AIDS virus to infect new CD4 immune cells, those cells must be "resting." When activated by the cannabinoid agonist, the signaling process of the virus was blocked and could not attack the healthy cell. Because the virus does not resort to infecting these resting CD4 cells until late in the disease, the researchers conclude:

The late-stage patients who frequently harbor CXCR4-tropic virus are...the most likely to benefit from cannabinoid drug use.

When researchers in 1990 first discovered the cannabinoid receptors in the body, they were looking to understand how marijuana produced the various effects that it did. The location of a number of receptors uniquely designed to receive the THC (active psychotropic) in the plant lead scientists to a further discovery: that the human body produces its own cannabinoid chemicals, known as endogynous cannabinoids (the function of which likely has to do with pain modulation and immunoactivity). Cannabinoids from the cannabis sativa plant (aka marijuana) are known as phytocannabinoids, while laboratory-produced cannabis substances are known as synthetic cannabinoids. Research continues to grow on all varieties of this contentious but promising chemical subject, in academic research laboratories like those at Mt. Sinai School of Medicine, as well as in pharmaceutical labs and clinical settings around the world.

Thanks in part to the Mt. Sinai bioscience research study, the company Cannabis Science has been putting together a scientific advisory board to evaluate scientific investigations into cannabinoid medical use, including its ability to counter the AIDS virus. Most recently they announced that Dorothy Bray, Ph.D., Former Global Director of HIV Research and Senior Clinical Program Head of HIV and Opportunistic Infections for pharma giant GlaxoSmithKline, had joined their board.

This article is brought to you by Biotechnology Calendar, Inc.,a science research marketing and event-planning company that organizes university tradeshows nationwide. If you are a science researcher or lab supplier interested in networking at Mt. Sinai School of Medicine, our 7th Annual Mt. Sinai BioResearch Product Faire™ event will be held on Tuesday, October 16, 2012.   For more information on funding at Mount Sinai , click the button below:

You can get more information on our line-up of New York shows, including these fall events:

See our full 2012 Nationwide Show Schedule for all other locations.