Zinc is one of the many minerals that we know is necessary for a balanced diet, yet most of us hardly know why it’s important or if we’re getting enough. Now, though, research from the labs at University of Wisconsin, Madison suggests that zinc may be linked to diseases like Alzheimer’s and Parkinson’s.

According to the Office of Dietary Supplements (ODS), which is a department of the NIH, one of the hardest parts about getting a proper amount of zinc is that the body has no natural zinc storage mechanism. This means that one must take in zinc each day. The foods that the ODS lists as highest in zinc are oysters, crab, lobster, and chard. Their overarching message is that zinc deficiency is not an uncommon occurrence, but is not generally cause for concern.

Meanwhile, life science experts from the University of Wisconsin are studying the cellular symptoms of Alzheimer’s and Parkinson’s, namely that proteins in the brain lose their shape and clump together. This impairs their abilities to the point where they can no longer function, and the physical symptoms of the respective diseases begin to take hold. What the researchers noticed, however, is that this clumping together occurs during zinc deficiency as well. 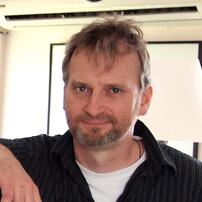 While this correlation translates well into preventative measures against the two diseases, it doesn’t do much in the way of treatment. To answer this need, the bioscientists looked further, to a yeast which shares our dependence on zinc. This yeast has a cell type called Tsa1, which is known for protecting other cells from an excess of zinc, which puts the yeast in a sort of balancing act. As UW scientist Colin MacDiarmid (pictured left) puts it in an UW release, “The issue for the cell is to find enough zinc to grow and support all its functions, while at the same time not accumulating so much that it kills the cell."

However, it turns out that Tsa1 has another function previously unknown to the scientific community: it can prevent the clumping together of proteins in the event of a zinc shortage, acting as a “chaperone” to the proteins. In fact, it keeps the proteins from losing their shape in the first place. The next step is to translate this gene into something we can use as preventative medicine. Fortunately, the team is currently researching a mirror gene to Tsa1 that exists in animals and testing it amongst human cells.

This study was supported grants from the NSF and the ODS branch of the NIH. To read more about funding for the University of Wisconsin, Madison and its studies, click on the link below: