In the analytical lab's study, published in the Proceedings of the National Academy of Sciences, Dr. Janet Shaw and her team of life science researchers found that when healthy mitochondria were stopped from moving along axons (electricity-conducting nerve fibers), mice developed neurodegenerative diseases. Their research showed that motor neuron diseases might be caused by abnormal distribution of mitochondria along the spinal cord and axons. 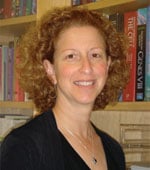 Image courtsy of the University of Utah

“We’ve known for a long time of the link between mitochondrial function and distribution and neural disease,” Dr. Shaw said. “But we haven’t been able to tell if the defect occurs because mitochondria aren’t getting to the right place or because they’re not functioning correctly.”

Although much more research is needed before this life science research leads to a cure, Dr. Shaw's study may be the first step in the process of developing new drugs to partially treat these diseases. Dr. Stefan Pulst, professor and chair of the University of Utah’s neurology department and the study’s co-author, said that their findings are important because the mitochondrial transport process is significant for other neurons besides motor neurons.

To learn more about life science marketing events in other regions of the United States, please see the 2014 schedule and 2015 schedule. Click on the exhibitors button below for an in-depth list of research funding statistics and vendor show information for the University of Utah.