Here in the Science Market Update, we see nature solve biotechnological questions we never thought it could. Last year, we saw an oil detecting robot  that skims along the water, based heavily on the water strider. So we can detect oil spills, but how do we effectively clean them up? To better answer that question, a team at The Ohio State University has drawn inspiration from nature to create a special kind of mesh that repels oil but lets water through.

This study actually began around ten years ago, when an Ohio State team studied lotus leaves for their unique texture. They found that the leaves naturally repel water but not oil. This intriguing property inspired the team to keep researching materials in nature and their properties. 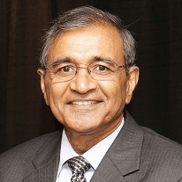 “We’ve studied so many natural surfaces, from leaves to butterfly wings and shark skin, to understand how nature solves certain problems,” said Bharat Bhushan, Ohio Eminent Scholar and professor at The Ohio State University. “Now we want to go beyond what nature does, in order to solve new problems.”

Bhushan wanted to find a “reverse” lotus leaf; that is, a surface that repelled oil but not water. He eventually found his answer in molecules called surfactants that are commonly used in soap and cleaning detergent. When he sprayed surfactants on a stainless steel mesh, he got a special type of colander that let water through but collected oil on top. 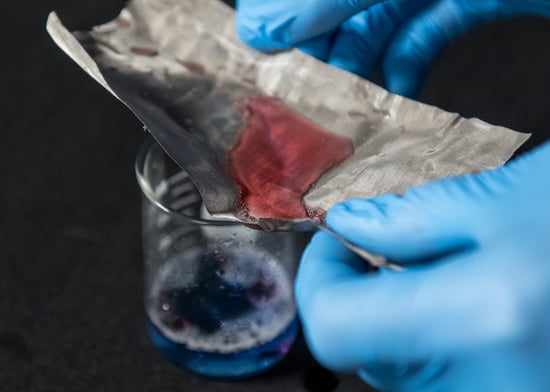 (The mesh lets the water (colored blue) through and collects the oil (colored red). Photo by Jo McCulty, courtesy of The Ohio State University)

Not only does the oil collect on top, but it can also be poured right off of the mesh without sticking or spilling. All the materials used in and on the mesh are completely nontoxic, and are fairly cheap. The team estimates that a larger mesh net could cost less than a dollar per square foot.

“If you scale this up, you could potentially catch an oil spill with a net,” Bhushan said in a recent Ohio State press release. He is excited to see the large-scale applications of his work, stemming from the simple lotus leaf.

This work was partly funded by the American Chemical Society Petroleum Research Fund, the National Science Foundation, and Dexerials Corporation (formerly a chemical division of Sony Corp.) in Japan. For more details on the funding for research at Ohio State University, peruse our Ohio State University Funding Report: