If your company sells lab research products, and you have not yet met the top funded research community at U PENN,  then consider participating in the May 11, 2017 UPENN BioResearch Product FaireTM Event. This event provides your company with  the opportunity to meet over 350 well funded researchers who are actively seeking new and more efficient equipment, supplies and lab services. With over $500 Million in NIH  funding alone and hundred of researchers attending the event, it does not take long to reach- maybe exceed your lab product sales goals. 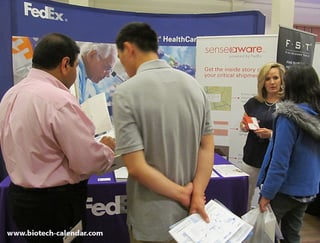 *University of Pennsylvania, Philadelphia
Thursday, May 11, 2017

A $27 million Center for Advanced Cellular Therapies recently opened at the UPenn Medical Campus. 24,000 sq ft of the facility will be dedicated to research laboratories and cell therapy manufacturing. [3]

The University of Pennsylvania received a $24 million, five-year grant to establish a Science and Technology Center (STC) focused on researching the way cells exert and are influenced by the physical forces in their environment. [4]

$10 million has been invested in the University of Pennsylvania over the next five years by the March of Dimes to establish a multidisciplinary Prematurity Research Center. [5]

The NIH awarded medical researchers at the University of Pennsylvania $7.5 million, over the next five years, to expand an HIV study looking into new gene therapy approaches to combat the affected immune cells in HIV+ patients. [7]

Grants of $4.2 million and $2.1 million were given to Penn researchers to support research on the genetics of Alzheimer's disease. [8]

A $5.2 million, seven-year grant was awarded to Penn Medicine to study the cellular and molecular mechanisms that promote lung regeneration. [9]

Penn Medicine received a $4.4 million award, over four years, to understand the causes behind obesity and improve treatments for obesity and its many related health problems. [10]

The Perelman School of Medicine at UPenn has been awarded a $3 million grant to study possible links between liver cancer and HIV. [11]

There are lots more funding stats available about the UPENN Marketplace - if you'd like to see them you can follow this link below:

One of the Ivy league schools with lots of funding UPENN is in a class of Universities noted for top ranked research. 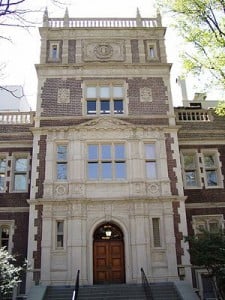 Find out how to display your lab research products at the upcoming UPENN located BioResearch Product Faire Event, by clicking the button below:

Want to learn about events in other areas and 2017 Events?